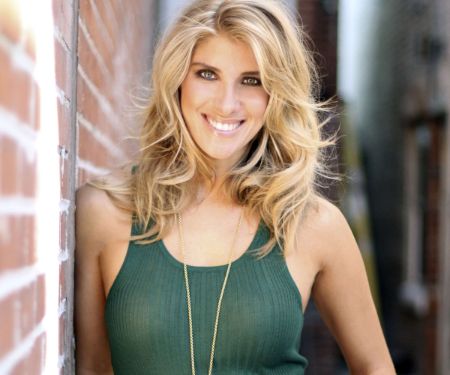 When Was Michelle Beisner-Buck Born? What Is Her Height?

Michelle started her career as a dancer and aspiring actress. She danced professionally for over 15 years, during which she was named the Pro Bowl representative in 1999 and was part of the entourage of the USO tour in Iraq and Africa, where she performed for the US troops stationed there.

Michelle also had an aspiring acting career with a string of movie appearances in Any Given Sunday, Spotless, Throttle, Alice in Wasteland, and Standards of Ethical Conduct.

When she failed to set the world on fire, she turned to journalism. She worked as a pit reporter for a host of different networks, including ESPN, the Speed Channel, and the Altitude Network. Additionally, she has had stints with networks like Fox Sports Net, Comcast, CBS, NBC, and ABC. 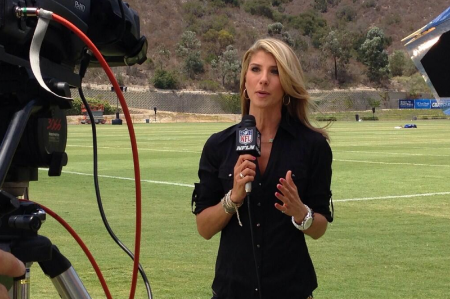 Michelle, most notably, had an eight-year stint with the NFL Network from 2006 to 2014, during which she was a reporter for shows like Game Day Morning, Game Day First, NFL Total Access, and NFL Fantasy Live. She also hosted the NFL Weekly Countdown and NFL Network Now.

She joined ESPN in a full-time capacity as a features reporter in 2014. During her first stint with ESPN, she was the co-host of “The Russo and Steele Automotive Auctions” show and worked as a pit reporter for the Champ Car World Series. Her second time around, she worked as the reporter for Sunday NFL Countdown and currently, is part of the network's Monday Night Countdown crew.

Michelle is married to FOX Sports sportscaster Joe Buck. They started dating in February 2013, two years after his separation from his first wife Ann Archambault. Michelle tied the knot with the Sports Emmy Award-winning sportscaster on April 12, 2014, at a ceremony held in Mexico. 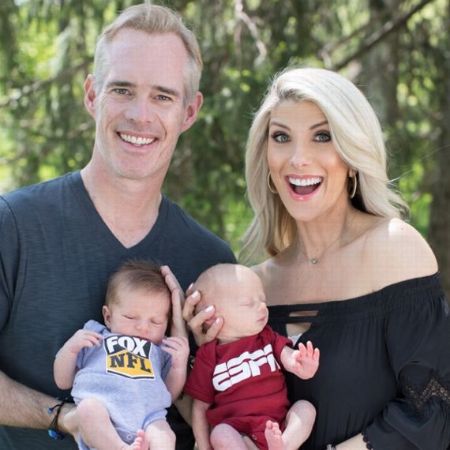 Michelle Beisner-Buck with her husband Joe Buck and their twin sons SOURCE: ESPN

As of May 2021, the ESPN reporter is estimated to have a net worth of $3 million. Her major income source is her reporting career. As of now, she is a s sociated with ESPN and as per the sources, the average employee salary at ESPN is $48,040 which is different on the basis of job titles.

On the other hand, her partner, Joe Buck who is an American sportscaster most known as the announcer for the Fox Sports' National Football League and Major League Baseball coverage is worth $15 million with a $6 million annual salary as of May 2021.