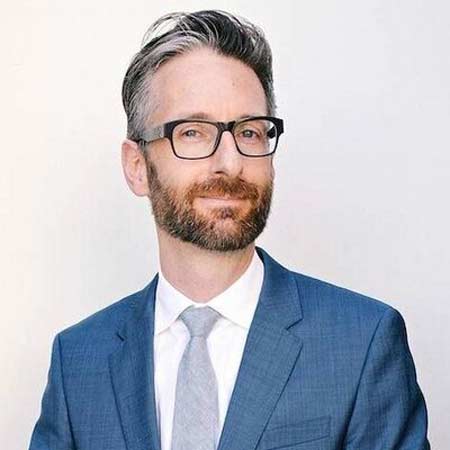 Born and raised in Sydney, Australia, Michael Wilkinson is an international costume designer. He is best known for his work in Batman v Superman: Dawn of Justice, The Twilight Saga, and  TRON: Legacy. He received Oscar nomination for his work in American Hustle. Wilkinson started his professional fashion designing career in 1994 and till the date, he has designed for several popular movies and artists.

Michael Wilkinson was born on October 1, 1970, in Sydney, Australia. His birth sign is Libra which defines his personality as kind, gentle, harmony and peace who strive for justice and fairness.

Wilkinson started his professional fashion designing career in 1994, but he rose to fame after designing the costumes for True Love and Chaos in 1997. The movie was commercially unsuccessful at the box-office but his work at the movie was highly appreciated.

In 2003, he designed a dress for five movies, Party Monster, American Splendor, Milwaukee, Minnesota, Life on the Line, Just Another Story. Followed by his work in Garden State, Imaginary Heroes, Dark Water, Sky High, and others.

In 2013, he received Oscar nomination for American Hustle.  He was highly recognized for his phenomenal work in Batman v Superman: Dawn of Justice, Ben Affleck aka Batman and Henry Cavil aka Superman costume was one of the main attraction of the movie.

Michael Wilkinson is one of the popular Hollywood Costume designers who started his journey in 1994 and till the date, he worked for more than 30 movies. In the USA, the average salary of a costume designer is $69k but Wilkinson is quite experienced in this field. So, he might earn more than the average figure. Considering his career growth, his net worth might be in millions.

Michael Wilkinson is possibly single at the moment, he is one of those celebrities who keeps their personal life away from the limelight. Due to his secretive nature, he never discusses his dating life and relationship status to the public.

Wilkinson shared a good bonding with Batman v Superman: Dawn of Justice director, Zack Synder. Once in an interview when he asked about his favorite costumes from his work, he mentioned, he is particularly proud of his work in Tron: Legacy.

Below we present the video of Michael Wilkinson;