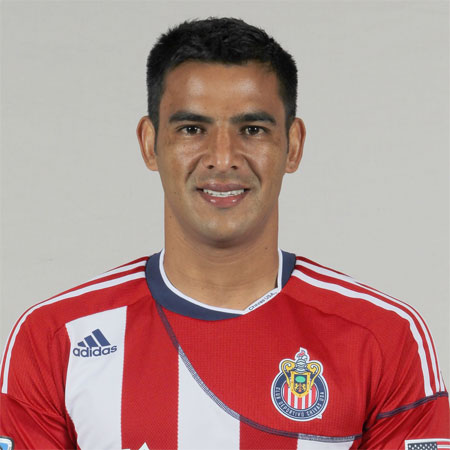 Micheal Umana Corrales is the name of a Costa Rican Professional footballer, born in the year 1982 July 16 at Santa Ana of Costa Rica. This 31 years old football player cherishes the height of 183 cm and weight of 73 Kg. He finished his schooling from the native school. Micheal Umana is a married man. Grettel Umana is the name of his spouse. They got married in the year 2005. This beautiful couple is the proud parents of two Children, a daughter and a son named, Michelle Umana and Estefano Umana respectively. There is no other information available on his personal life or salary. However, it is found that, his market value was worth of 400 thousand Euros. MGR Football Promotions, LLC is the name of his agent.

He is playing in the Current Team of Costa Rica National Football Team and in the Costa Rican Club called Deportivo Saprissa S.A.D from squad No.4 as a Defender. He plays from central back or right back in the pitch. He was born and raised in Costa Rica. There is no information available on how he builds up his talent of playing football when he was youth before initiating his professional career. Micheal Umana made his debut in the professional career in the year 1999 from his native club Carmelita. He then moved to another native club named Herediano in 2003 after gaining 3 seasons experience from the former club.

After the impressive debut in Costa Rica of having 6 years experience in football arena, Micheal Umana made his way to United States of America in 2005 and joined with Los Angeles Galaxy. But due to unsuccessful campaign at this club, playing in 15 matches, he returned to his country and joined with Brujas in the same year 2005 for the season. After the end of 2005-2006 seasons he moved to his former club Herediano. He played in a season of 2006/2007 from this club appearing in 38 matches. He was transferred to Liberia Mia in the year 2007. He spent 3 seasons at Liberia Mia appearing in 67 matches with 4 goal scores. The seasons with Liberia Mia was a boost for his career winning 2009 Torneo Verano of the Primera Division de Costa Rica in with this club. In the year 2010, Micheal Umana joined with Chivas USA. He is better known for his play with Chivas. After a season with Chivas, Micheal Umana joined to Guatemalan side called Comunicaciones. After a season with this club, he made a move with his Current Team of Saprissa 2013 in late December. Micheal Umana is playing a defending role in the National Football Team of Costa Rica since 2004. He has the experience of playing in 65 matches bagging 2 goals from the national team so far.