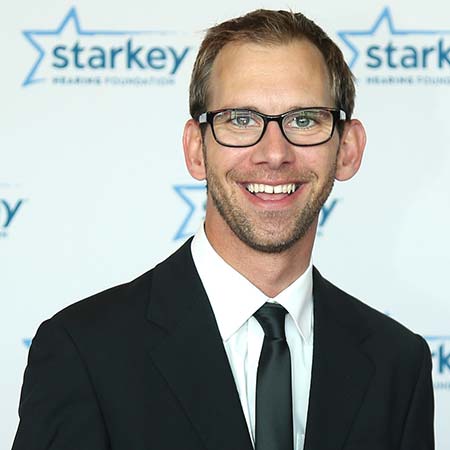 Michael Kutcher is an American businessman who is involved in a number of non-profit organizations. At the tender age of 3, he was diagnosed with a cerebral palsy and also required a heart transplant. It has been a really turbulent journey for Michael since birth. Following his complete recovery when received a life-saving heart transplant at the age of thirteen, he started advocating for children with cerebral palsy and organ donation. Similarly, he is also a public speaker.

Michael Kutcher was born on February 7, 1978, in Cedar Rapids, Iowa, United States. He is the son of Larry M. Kutcher (father), a factory worker and Diane Finnegan Kutcher (mother), a Procter & Gamble employee. He has a fraternal twin brother named Ashton Kutcher and older sister Tausha Kutcher. His brother is an American actor, producer, and entrepreneur.

At the very early age of three, Michael was diagnosed with cerebral palsy. Fortunately, when he was 13, he underwent a heart transplant. In a recent interview, Michale said that his twin brother Ashton was also willing to donate his own heart to keep him alive.

Kutcher enrolled at Mount Mercy University in Cedar Rapids, Iowa and majored in business management and marketing, and a minor in finance. In the year 2015, he moved to Denver, Colorado.

Michael belongs to American nationality, and regarding her ethnicity, he is a White.

Michael Kutcher is a national Public Speaker who has also been running his own website under his name where he delivers a message of inspiration, hope, and appreciation. Furthermore, he is an Assistant Vice President for Transamerica supporting the Mid-Market Retirement Sales division in Denver. 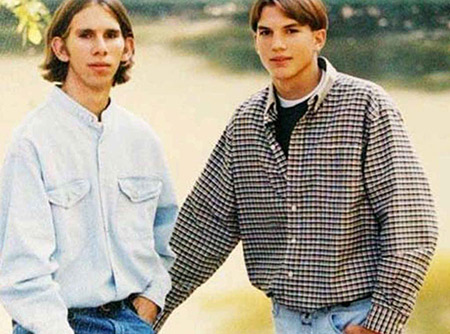 Kutcher is a member of the Cerebral Palsy Foundation where he serves as a spokesperson and advisor. Until 2010, he has been recognized as Ashton Kutcher’s twin brother, but after his visit to the White House and Congress on behalf of the Reaching for the Stars Foundation, he proved himself as a voice for people who are cerebral palsy patent.

Michael has also worked for many other non-profit organizations like Donate Life BetheGift Be the Gift campaign.

Michael Kutcher is an American businessman who has earned a good amount of money from his career. His net worth as per some sources is $1 million, as of 2019. Whereas his twin brother Ashton has a net worth of $200 million and earned $750 K salary.

Michel is paid around $120 K per year as a public speaker.

Who Is The Mother Of Michael's Son?

Michael Kutcher is quite secretive about his love life who has a son named Jackson Kutcher, but he has never revealed the name of Jackson's biological mother. He made a red carpet appearance along with his wife and son. 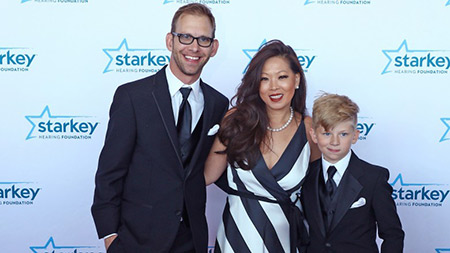 CAPTION: Michael Kutcher along with his wife and son SOURCE: Nicki Swift

Sources have reported that he is married to Katie Hightower. They got married in February 2014. But, it is still not clear whether she is the mother of her child or not. On the other hand, his brother is married to actress Mila Kunis, and the couple is blessed with two children.

Michael also has over 10K followers on his social media like Instagram as of 2019. He is a dog person who has a pet puppy named Mike.

Age, Facts, And Other Information