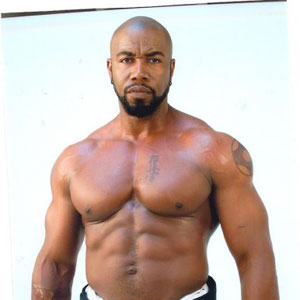 Michael Jai White is an American actor and martial artist. He is portrayed in a major comic book superhero in a major motion picture having starred as A1 Simmons, the protagonist in the 1997 film Spawn.

Michael is best known for his acting in movies like Why Did I Get Married? For Better or Worse, Why Did I Get Married Too? White married actress Gillian Iliana Waters in July 2015. Let's know more about his early life, education, career, net worth, personal life, and many more

Michael Jai White was born on November 10, 1967, in Brooklyn, New York. He is American and belongs to the African-American ethnicity. He was in his teens when he moved to Bridgeport, Connecticut. In 1985, he graduated from Central High School.

White is a trained, martial artist. He started training at the age of 7 and knows seven different styles including  Shotokan, Taekwondo, Kobudo, Goju Ryu, Tang Soo Do, Wushu, and Kyokushin.

He attended Yale University from where he gained his degree in acting. Then he joined Brown University and H.B. Studio. He also served as a history teacher and taught emotionally disturbed children. White fluently speaks Japanese and Mandarin.

Michael Jai White started his acting career in 1989  with a minor role in The Toxic Avenger Part II. In 1995, he got his major breakthrough with the HBO film, Tyson where he played the role of a heavyweight boxer, Mike Tyson.

White is the first African-American to play the role of a superhero in the 1997 film, Spawn. The movie was commercially successful and received critical acclamation from audiences and critics.  He earned a nomination for  Blockbuster Entertainment Award for Best Male Newcomer.

White's latest film "Welcome to Sudden Death" debuted on Netflix and became one of the most-watched films on the platform. The Universal Pictures Home Entertainment release is a remake of the 1995 movie Sudden Death starring Jean-Claude Van Damme. In October 2020.

White also lent his voice to video games like Static Shock, Justice League, Justice League heroes. In 2013, he made his directorial debut with Never Back Down 2: The Beatdown.

Michael Jai White is one of the successful African-American actors and through his acting career has earned an estimated net worth of $3.5 million. He earned $300,000 to $700,000 per movie.

He has worked on many hit movies including,

Michael Jai White is a married man, he tied the knot with actress Gillian Iliana Waters in July 2015. Their wedding was an intimate but lavishing ceremony which was held in Thailand.  The couple has no children.

Before Waters, White married Gynecologist Courtenay Chatman. The duo exchanged vows after two years of dating on August 6, 2005. The couple welcomed their first child, Morgan Michelle White in December 2008. However, the couple divorced in 2010.

The reason behind their split was White's infidelity. He had an extra-marital affair with former ï¿½Real Housewives of Atlantaï¿½ star Claudia Jordan for three years.

He also fathers two sons from his previous relationship. One of his son's name is Jai Jordan White.

In April 2015, White posted an emotional open letter on his Facebook entitled, Apologies to My Ex's and asked to forgive him. He also mentioned his now-wife, Gillian Iliana Waters playing a vital role in his transition.

White won the Fists of Legends Decade Award in 2014 at the Urban Action Showcase & Expo at HBO. After a year, he was inducted into the International Sports Hall of Fame.

Below, we present the video of Michael Jai White.