Michael Hobby is an American country singer and songwriter best known as the lead vocalist of the musical band, A Thousand Horses. He released his hit single Smoke with the band in 2015.

He is a married man and just a few days ago, he and his wife Caroline Hobby welcomed their first child, an adorable daughter, together.

Michael Hobby was born on April 22, 1987, in Newberry, South Carolina, the United States of America. He is the only child of his parents.

He is of American nationality and belongs to white ethnicity. As for his height, Michael is 5 feet 9 inches tall. He completed his schooling and graduation from South Carolina.

Michael Hobby was interested in singing since his childhood. In 2005, he moved to Nashville, Tennessee, and several years later, he co-founded A Thousand Horses along with Bill Satcher, Graham Deloach and Zach Brown.

Their first EP was released in 2010 and it was under Interscope Records. Four years later in 2014, the band signed with Republic Nashville of Big Machine Label Group.

Michael released his first single titled Smoke in 2015 and the son made a record for the highest debut by a new act. The song was listed at number 28 on the radio chart of Country Aircheck.

He has performed at Fenway Park and has toured in support of another country musician Jason Aldean.

Michael Hobby might not be as popular as country stars Jason Aldean, Brad Paisley and Tim McGraw but the 32-year-old music artist is also one of the highest-paid country singers in the United States.

Multiple online sources have estimated his net worth to be $1 million with a handsome amount of salary. According to the Recruiter website, a country singer in the United States earns $30 per hour and $55,000 per year on average.

As we mentioned earlier, Michael Hobby is a married man. The 32-year-old country singer has been married to his loving wife Caroline Hobby.

The couple tied the knot in an intimate ceremony on August 13, 2014. The wedding was attended by their close friends and family members.

Caroline took to Twitter at the time to announce her wedding to the music artist by sharing an amazing photo of them. 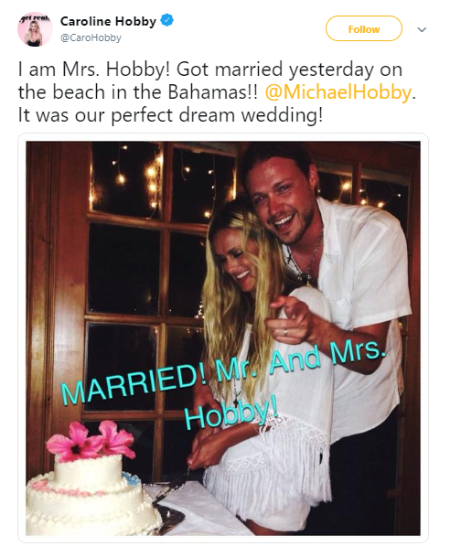 The husband-and-wife duo is living happily together.

Sources exclusively confirmed in April 2019 that Michael and Caroline were expecting their first child together.

Five months later, a representative for the A Thousand Horses member confirmed to PEOPLE that he and his wife welcomed an adorable daughter, Sunny Grayson Hobby, on September 10. 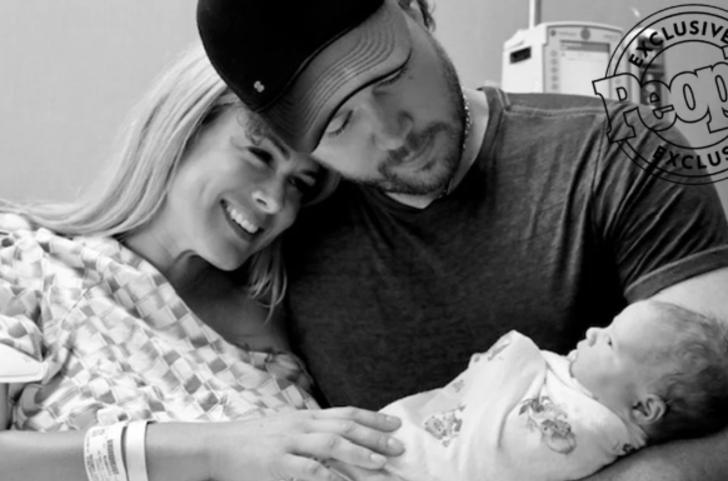