Michael C. Hall is an American actor, musician, and producer most known for playing Dexter Morgan, a forensic analyst by day, and a vigilante serial killer by night, in the Showtime thriller Dexter.

How Old Is Michael C. Hall? What Is His Height?

Michael Carlyle Hall was born on February 1, 1971, to Janice Styons Hall, a mental health counselor, and William Carlyle Hall, an employee at IBM. He is 49 years old at the time of this writing and stands at 5 feet 10 inches (1.78 meters).

A native of Raleigh, North Carolina, Hall attended and graduated from Ravenscroft School in 1989. He went on to graduate from Earlham College in Richmond, Indiana, in 1993, with the intention of becoming a lawyer but pursued acting instead, from  New York University's Tisch School of the Arts in 1996.

Michael C. Hall began his professional career as a theatre actor before making his on-screen debut in 1999. He had his breakthrough role as David Fisher in the Emmy Award-winning HBO drama series Six Feet Under, for which he was nominated for an Emmy and won two SAG Awards. 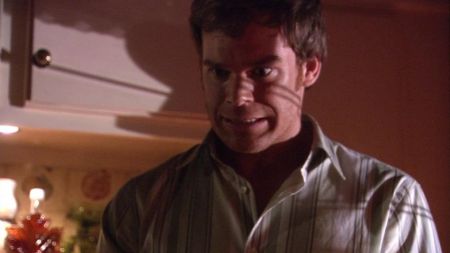 Hall received worldwide recognition and praise for his portrayal of Dexter Morgan, a blood splatter analyst by day, and a vigilante serial killer by night, in Showtime's hit mystery crime thriller, Dexter, from 2006 to 2013.

With the series finale of Dexter being one of the most-divisive and critically panned, Showtime announced that a ten-episode limited series would be released in 2021 with Hall reprising his role as the titular character.

Besides that, Michael C. Hall has made appearances in movies like Paycheck, Peep World, Kill Your Darlings, Cold in July, Christine, Mark Felt: The Man Who Brought Down the White House, Game Night, The Report, and In the Shadow of the Moon, and TV series like Vietnam in HD, Star vs. the Forces of Evil, The Crown, and Safe.

Married Since 2016 to Morgan Macgregor

Since February 29, 2016, Michael C. Hall has been married to his third wife, a former Los Angeles Review of Books a s sociate editor, Morgan Macgregor. 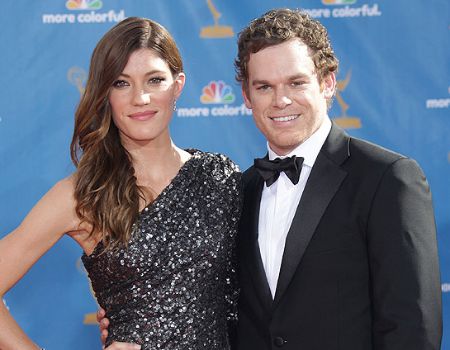 His first wife was "Synecdoche, New York" and "Royal Pains" actress Amy Spanger, with whom he was married for around four years, from May 1, 2002, to 2006.

He was married to his second wife, his Dexter co-star Jennifer Carpenter, for three years to the month, from December 31, 2008, to December 2, 2011.

Has a Net Worth of $25 Million

According to celebritynetworth.com, Michael C. Hall has a net worth of $25 million. Most known as the vigilante serial killer Dexter Morgan from the mystery crime drama series Dexter, Hall was reportedly making $350 million per episode for the final two seasons of the hit Showtime thriller, making a combined $9 million from the final seasons alone. He had previously been making $150 million for the middle seasons.