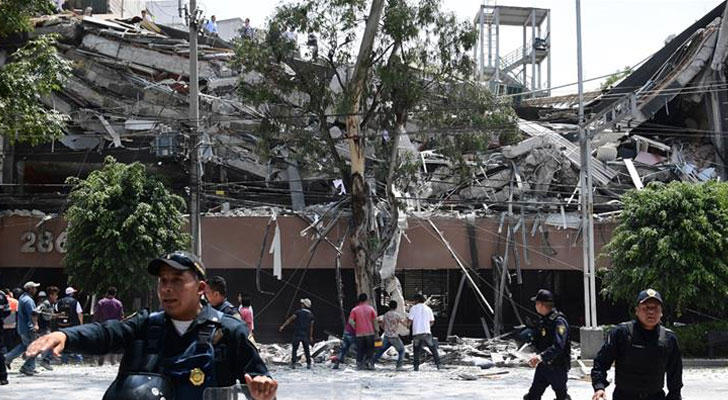 The number of deaths has crossed 230 marks, and hundreds of people are still missing due to thedevastating 7.1 magnitudes earthquake in Mexico, and the rescue continues for the second day as well.

The rescuers were more intensified in the school area on Wednesday afternoon after the rescuers made contact with the 12-year-old girl. Attention was focused on the Enrique Rebsamen primary school, in Mexico City’s southern Coapa district.

The Mexican President Enrique Peña Nieto has announced three days of mourning for the victims.

Mexico suffers another earthquake within 15 days after the 8.1 magnitudes earthquake shook the south coast earlier this month. The 7.1 magnitude’s earthquake shook Mexico at around midnight Tuesday, September 19 with the epicenter at Puebla, 123 km from the country capital. It has caused several infrastructure damages along with hundreds of human loss.

Thousands of rescuers, soldiers, students, and civilians initiated rescuing the injured over the night- worked as a group in digging through tall piles of rubble. 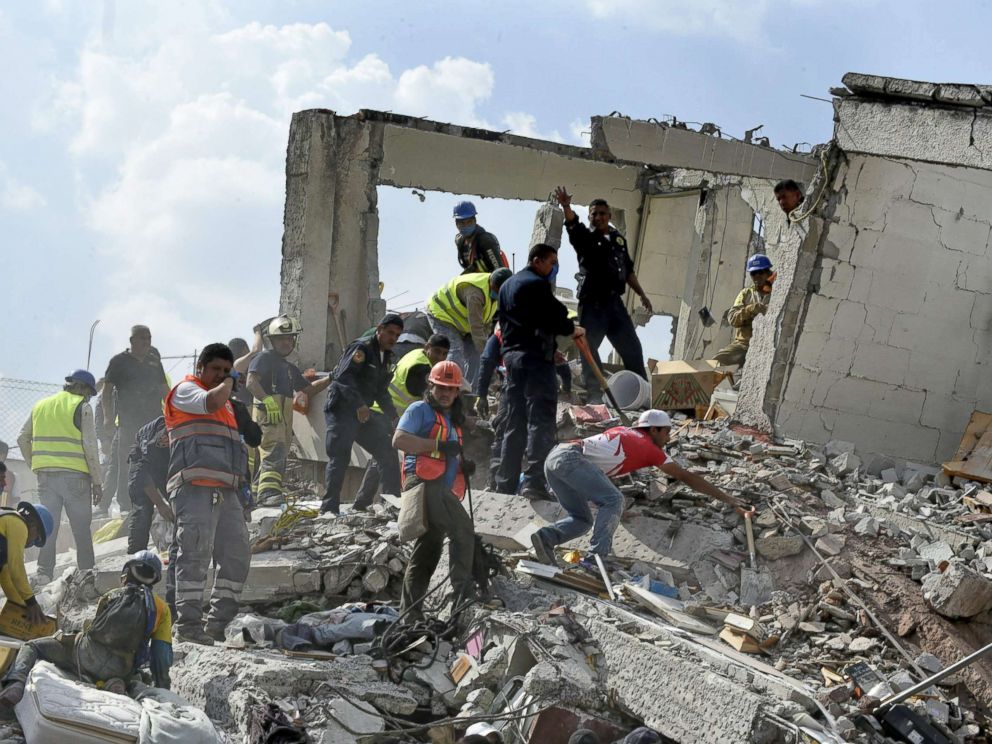 The Mexican government has declared a state of disaster in Mexico City after the major shock and shifted around 3,428 affected to the nearby safe areas.

Mexico’s interior minister has confirmed the human death has reached the 200 mark. It has affected several school areas where more than 200 schools have suffered the major struck; 15 suffering major damage.

Mexico President Enrique Peña Nieto said over 20 children had been killed and more than 30 are still missing due to the school collapses. Mexican citizens on the street after the earthquake on Tuesday

There are 22 bodies here- two are adults- 30 children are missing and eight other adults missing. And workers are continuing rescue efforts

Although the strong earthquake shook Mexico, there is no threat of Tsunami in both Mexico and in the Hawaii.