A Strong Earthquake Of 8.1 Magnitude Hit The South Coast of Mexico, Any Threat of Tsunami? 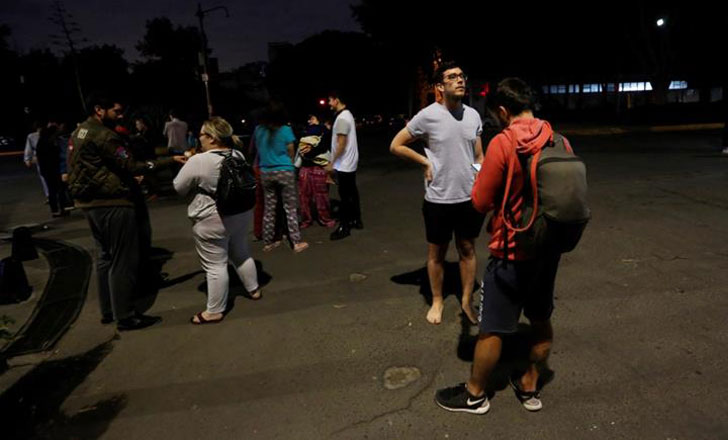 The strongest earthquake hit Mexico around midnight on 8th of September. The 8.1 Richter Magnitude's earthquake has hit the southern coast (Pacific coast) of the Mexico late Thursday, shake building as far away as Mexico City.

The destructions reports are still to come, however, at least six are known to have killed yet. Among the six people dead, four people are declared dead in Chiapas and two are in Tabasco state. The frightened Mexico citizens came out to the street and still, they are out due to the possible aftershock. 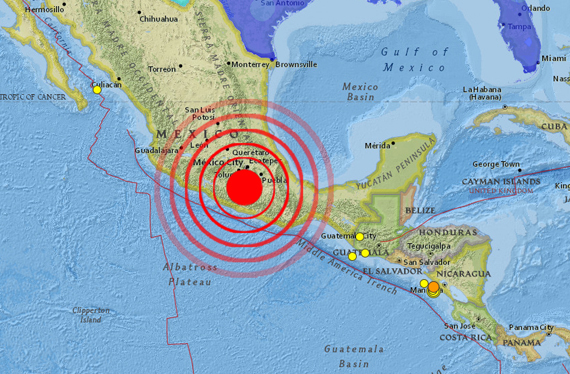 Earth Quake of 8.1 Richter in Mexico showing epicenter 450 miles away from capital

The Mexico President Enrique Pena Nieto has said the quake is the strongest of the century and has also alerted the citizens for the tsunami of as high as 3 meters across the region.

The United States Geological Survey has also confirmed that the quake had a preliminary magnitude of 8.1 which struck about 60 miles southwest of Pijijiapan. Mexican citizens on the street after the earthquake at midnight

Zahira Franco, 35, working for Facebook in social programming, said that she heard an alarm at midnight around 30 seconds before the earthquake hit her building in Mexico City, 450 miles away from the epicenter.

It’s been reported that the quake also rocked the city’s landmark Angel of Independence monument.