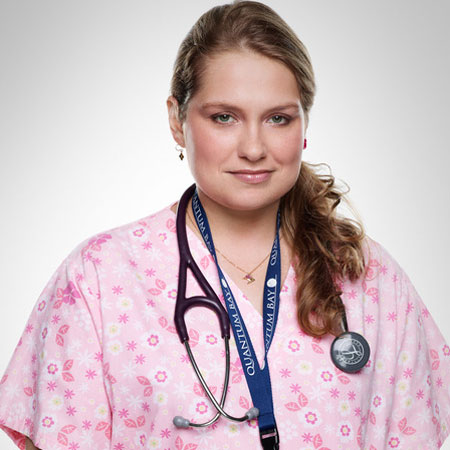 Merrit Carmen Wever is an American actor, widely known for her role as Zoey Barkow in Nurse Jackie, a medical comedy-drama series. She has won the Primetime Emmy Award for her remarkable performance in the series.

Wever was born on August 11, 1980, in Manhattan, New York City, U.S. She is the daughter of Georgia Wever born via a sperm donor. She is American by nationality and belongs to the white ethnicity. She grew up in the New York City borough of Manhattan.

Wever attended Fiorello H. LaGuardia High School and graduated with a higher degree from the high school. She then moved Sarah Lawrence College and trained acting in New York after graduating from college. During her childhood days, she uses to attain  Jewish socialist summer camps.

Wever started her career playing in low-budget, independent short and feature films. She also made her performances in theater productions such as Smashing and Cavedweller during her early career. She has made her performances in several films including, Into the Wild, Neal Ca s sady, Michael Clayton, The Adventures of Sabastian Cole and Tiny Furniture.

Wever has made her guest appearances in many of hit TV shows such as The Good Wife, Conviction, Law & Order: Criminal Intent and The Wire.

Wever is best known for her leading role as Zoey Barkow in the medical comedy series, Nurse Jackie that premiered on Showtime in June 2009. In that series, she has portrayed as an irrepressibly bubbly trauma nurse who serves as a comic foil to Edie Falco's hard-bitten titular character.

Wever was nominated for a Primetime Emmy Award for Outstanding Supporting Actress in a Comedy Series for her remarkable performance in Nurse Jackie in 2012 and 2013. She won the award in 2013 and delivered a memorable speech in that event. The series features other stars like Edie Falco, Eve Best, Dominic Fumusa, etc.

Wever had a recurring role as Denise Cloyd on the hit series, The Walking Dead. She was cast alongside co-stars such as Andrew Lincoln, Norman Reedus, Steven Yeun, Lauren Cohan. Her best performances in the acting field have increased the fan following day by day.

Wever, age 39 is not married yet. She is politically progressive and enjoys her free time spending with her cat, Spooky. She also loves going to the theater and hanging out with her friends. She cites her favorite actors as Gena Rowlands, Meryl Streep, and Michael J. Pollard.

Despite her popularity, Wever has managed to keep her personal life details so low profile. She might have been in an affair in the past but there no exact information about this fact. She seems concentrated towards her career.

Wever has not mentioned about having a boyfriend in the past. She does not seem active in social networking sites.

The TV actress earns a good amount from her work and maintained an impressive net worth in her life. As of 2019, she has a net worth of $5 million. When we look back to her net worth in 2016, she holds $4 million. So in the three years gap, she added $1 million to her account.