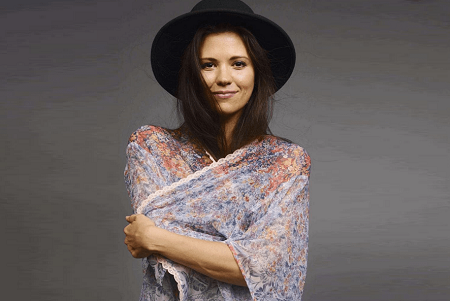 Meredith Garretson is an American actress based in Greenpoint, Brooklyn, New York. She earned fame for her role as Kate Hawthorne in the Syfy TV series Resident Alien. She made notable appearances in the television series Foss/Verdon and Prodigal Son.

Tisch School Of The Arts Graduate

Meredith Garretson was born in Washington D.C., the United States of American. Her exact date of birth is yet to be disclosed, however, as per the sources, she is between the age of 25-30. She is 5 feet 4 inches tall in height. The actress currently lives in Greenpoint, Brooklyn, New York.

She received Acting Program graduation from the NYU Tisch School of Arts in 2017. She holds American nationality, and her ethnicity is white.

Meredith Garretson landed her debut performance in the drama-thriller film Blissestraße 2011. She appeared in the short film C: 299,792 Kilometers Per Second and feature film Two-Bit Taj Mahal in 2013.

A year later, she worked on the musical project Luanda-Kinshasa. She made an appearance as Reese in the television series The Good Fight and Lydia Winchell in the TV Show Elementary. 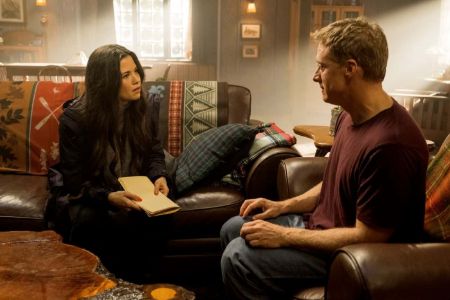 In 2019, the actress was seen in an episode of the mini-series Fosse/Verdon. She appeared as Kimberly in the television show Prodigal Son from 2019 until 2020.

Her upcoming projects are Sexy Deams, She Watches from the Woods, and Paint Made Flesh.

What Is The Net Worth Of Meredith Garretson?

American-born Meredith Garretson is a s sumed to hold an estimated net worth of $500 thousand as of April 2021. She earns mostly from her career in acting.

To date, she has more than ten acting credits in her name. The actress has worked in TV series and movies like Resident Alien, Prodigal Son, Fosse/Verdon, Blissestraße, and Luanda-Kinshasa.

Garretson is currently living in Brooklyn, where the median home value is reported $765,100, as per bestplaces.net.

Resident Alien star, Meredith Garretson is a married woman as of 2021. She is married to her long-time boyfriend, Daniel Garretson. 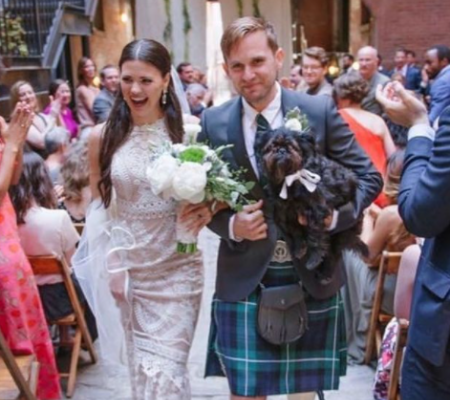 The two tied the knot back in 2015 after dating a few times. On 26, 2018, she posted her wedding picture celebrating their two years of togetherness. The happily married couple currently resides in Greenpoint, Brooklyn, New York.

Garretson is active on Instagram @meredithgarretson, which has nearly 3 thousand followers.