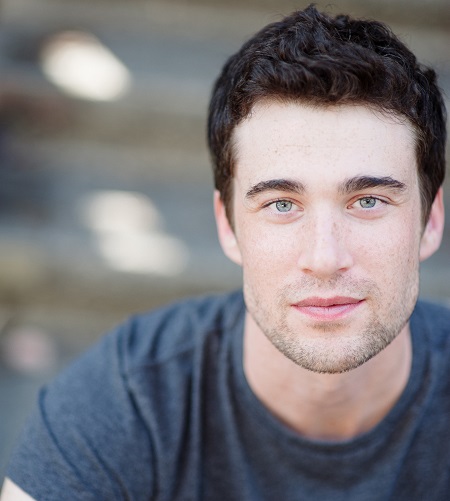 Levi Fiehler is a rising American actor and entertainer who grabbed attention for appearing in The Fosters, Resident Alien, Mars, and Ray Donovan. The actor, who is a private person, claims that family is important to him.

How Old Is Levi?

As Levi is a private person, he has not disclosed his birth details. However, he was born and raised in Juneau, Alaska. After high school, he relocated to the Los Angeles area.

He studied at The Sanford Meisner Studio.

However, while surfing around his Instagram, it is clear that family is important to him. We came to know that he has two siblings via Instagram, where he posted pictures of them on the occasion of National Siblings’ Day.

During leisure time, Levi loves to spend time in Alaska with his family.

How Much Is Levi Fiehler’s Net Worth? Professional Career

Levi started his professional career in 2013. Though it has been only seven years since he made his acting debut, he is already on the staircase of a successful actor.

Filmmaker David DeCoteau discovered him. In 2013, he appeared in the television series The Fosters, where he portrayed the role of Troy Johnson. He appeared in a total of five episodes of the series.

In 2018, he portrayed the role of Cameron Pate in the television series Mars. The series was directed by Everardo Gout, Ashley Way, and Stephen Cragg.

Most recently, he appeared in the television series Resident Alien, portraying the role of Mayor Ben Hawthorne. Till the date, he has appeared in a total of eleven episodes.

Talking about Levi Fiehler’s net worth in 2021, the exact figure of his net worth and earnings are not disclosed. However, some sources claim that his worth is $400 thousand.