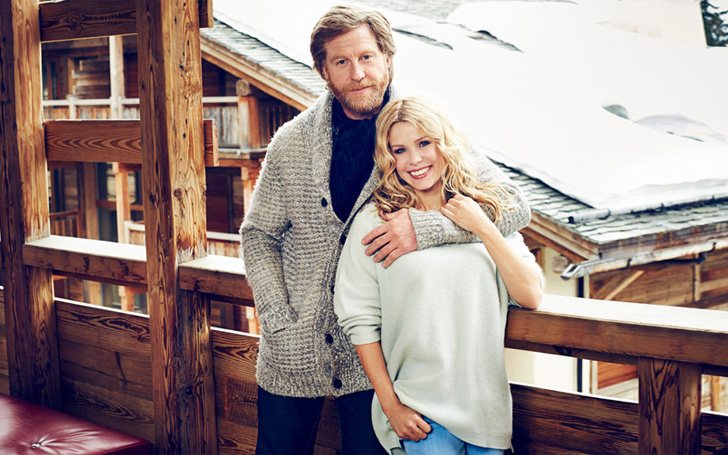 Former model Melinda Messenger has become the topic of news several times because of her sexy appearances and photo shoots. Messenger, however, bid goodbye to her modeling career after the birth of her first child Morgan in April 2000 when she collapsed with pre-eclampsia. She then decided to become a television host.

Melinda Messenger suffered from post-natal depression after she gave birth to her second child, Flynn Jefferson with Wayne Roberts. Despite all the complications during her pregnancies she still wanted to have a child, who would be her third child,  with her partner Warren Smith

Melinda Messenger and her current boyfriend Warren Smith are together since 2014. The forty-six-year-old television host first met her ski instructor boyfriend on Channel 4's show The Jump in 2014. At the time, Messenger appeared as a contestant whereas Smith was her coach in the show.

The former page three model confirmed her relationship with Smith in an interview with the Hello Magazine in 2014:

Explaining how she and Warren Smith fell for each other, Melinda Messenger said:

But we got to know each other over cups of tea and hot chocolate in between training and it was uncanny how much we connected. The whole thing so far has felt very natural, very right; it has all kind of fallen into place and is has just been lovely.

After dating for two years,  the mother of three, Melinda Messenger, shared with Hello Magazine in December 2016, that she is ready to have a child with her boyfriend Warren Smith. Messenger has three children, two sons; Morgan and Flynn and daughter Evie from her marriage with former husband, Wayne Roberts.

Melinda Messenger and Warren Smith with their children

All the kids are desperate for Warren and I to have a child together and it's certainly something we've talked about a lot. Warren's very keen, too.

I would love to, but there's no escaping the fact that, even though I keep myself fit and healthy, I would be an older new mum and that does worry me.

The couple also  shared they are planning for the wedding, Smith explained:

I love Melinda and what label our relationship has doesn't matter to me, but I do think it would be lovely to be husband and wife and I know it's something the kids want,

Even after suffering through post-natal depression after she gave birth to Flynn Jefferson, she decided to plan a baby with her boyfriend, that says a lot about Melinda and Smith's relationship. Smith also has a son from his previous relationship.

Melinda Messenger was previously married to Wayne Roberts. The former couple first met at a local Swansea nightclub.They exchanged their vows on 26 November 1998 in a wedding ceremony held in Bali, Indonesia. 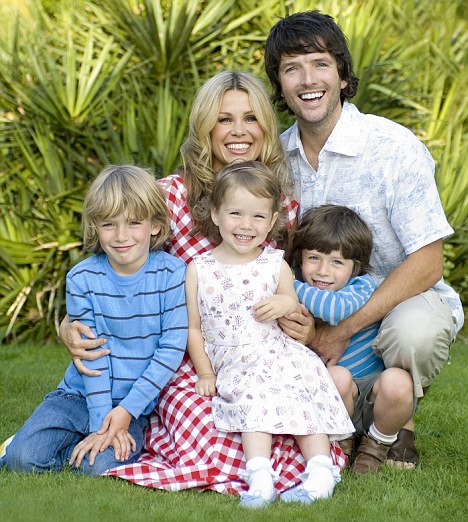 Melinda Messenger and Wayne Roberts with their children

Messenger and Roberts welcomed their first child, Morgan Kelly on 7 April 2000, Flynn Jefferson in 2002 and Evie Brooke in December 2003.

After over a decade of marriage, the couple separated in 2008 only to reunite after eight months on Dancing On Ice. The couple divorced 2012 but they decided to remain friends.

Our break-up was more about growing apart. Now we have a good friendship. He’s totally supportive and involved with the children. It’s working fine.

Looks like Messenger divorced for good as she shares a strong relationship with her partner Warren Smith and their children.