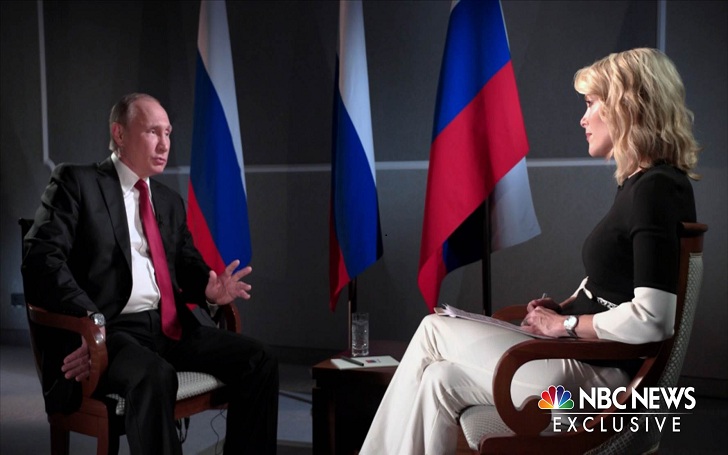 The former Fox News host Megyn Kelly has debuted on NBC tonight with a show Sunday Night on 4th June interviewing the Russian President Vladimir Putin. Most notably, Kelly asked Putin about his relationship with Michael Flynn, the former National US Security Advisor.

I hope you will join us Sunday night at 7/6c on NBC. pic.twitter.com/qBw2KIVBil

Putin in reply told that he has a very limited connection with him and, furthermore said:

You and I, you and I personally, have a much closer relationship than I had with Mr. Flynn. You and I met yesterday evening. You and I have been working together all day today. And now we’re meeting again. When I came to the event for our company, Russia Today, and sat down at the table, next to me there was a gentleman sitting on one side. I made my speech. Then we talked about some other stuff And I got up and left. And then afterward I was told, ‘You know there was an American gentleman, he was involved in some things. He used to be in the security services.’ That’s it. I didn’t even really talk to him. That’s the extent of my acquaintance with Mr. Flynn.

Kelly, who flew to Moscow to interview Putin also said that the Russian President was very different in real life. She found him warm and comfortable during the meeting.

You may be interested to know five never heard facts about Megyn Kelly, scroll and watch the video below.