Nancy Pelosi is a famous American politician who has been serving as the Speaker of the United States House of Representatives since January 2019. She is the first female in America's political history to hold the position.

Nancy is also known for being the highest-ranking female elected in American history. Today, on deck, we will be discussing Nancy Pelosi and her role in the current President Donald Trump's impeachment.

Who Is Nancy Pelosi?

Being the daughter of Democratic Party politician, Thomas D’Alesandro Jr., she was involved in politics from a young age helping her dad during his campaign events.

After graduating from Trinity College with a Bachelor of Arts in Political Science, the 79 years old politician, Nancy interned for Senator Daniel Brewster back in the 1960s alongside Steny Hoyer. She then moved to San Francisco, where she started working for Democratic politics. 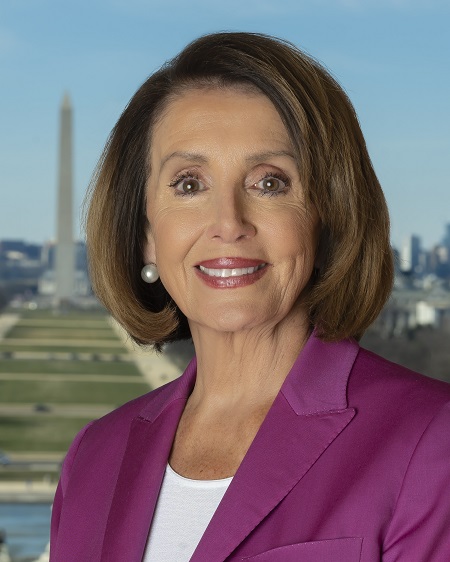 Later from 27th February 1981 to 3rd April 1983, she worked as the chair of the California Democratic Party, which was preceded by Charles Manatt and succeeded by Peter Kelly. She also served as a member of the United States House of Representatives from California.

Nancy also served in the House Minority Whip from 15th January 2002 to 3rd January 2003, under the leadership of Dick Gephardt.

Nancy now serves as the Speaker of the United House of Representatives since 3rd January 2019.

ALSO SEE: Lisa Boothe Said Dreamers Are Right To Get Angry At Nancy Pelosi Over DACA

The Democratic politician Nancy is a married woman. Nancy now enjoys over a half century long marital life with husband Paul Francis Pelosi Sr. AKA Paul Pelosi. The couple tied the knot on 7th September 1963, in Maryland, at Cathedral of Mary Our Queen.

From their five decades-long conjugal life, the pair has five children together; Nancy Corinne, Christine Paule Pelosi, Jacqueline Pelosi, Alexandra Pelosi, and Paul Pelosi. They have nine grandchildren in total.

Nancy started her professional political career in the 1960s interning for Senator Daniel Brewster. Till the date, she has worked in numerous high-profile posts like California Democratic Party, the U.S. House of Representatives, House Minority Whip, House Democratic Caucus, House Minority Leader, and Speaker of the United States House of Representatives.

Working in such high-political positions, Nancy has definitely earned a high figure of money. As of 2019, Nancy’s net worth is $120 million, whereas she earns an annual salary of $223 thousand. Her net worth in 2013 was $26.4 million.

President Donald Trump is on the verge of becoming the third president in the United States history for impeachment. He is accused of misusing the power and obstruction of Congress. The congressman obstruction comes after he refused to co-operate with the impeachment investigation, where he held back documentary proofs and barring the staff from testing.

The news of his impeachment came, a couple of weeks of testimony referring to his dealings with Ukraine and hours long fiery debate over the process.

After the House of Representatives vote needed for President Donald Trump’s impeachment, Donald responded, claiming that he really does not feel like they are being impeached. He said:

The country is doing better than ever before, we did nothing wrong, and we have tremendous support in the Republican Party like we’ve never had before.

Regarding the case, Nancy mentioned that she would not be committed to sending the impeachment’s articles to the Senate after the impeachment vote news conference with the first vote of 230-197 accusing him of the power of abuse quickly followed by the second vote, 229-198 on the president of obstruction of Congress.

As per sources, the date to start the Senate trial will be released by the end of the third week of December 2019.