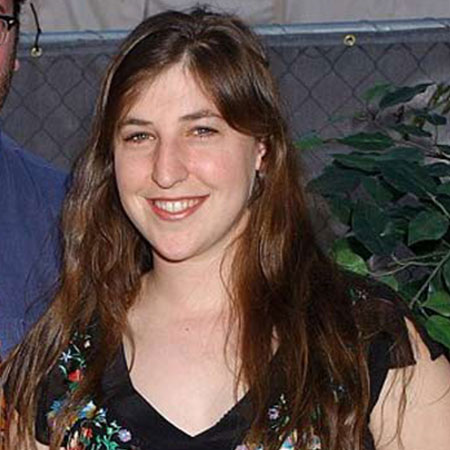 Mayim Bialik is a multitalented American personality who has been active as an actress, author, and a neuroscientist. She has been playing roles on TV for more than two decades. She rose to stardom for her role in the CBS series "The Big Bang Theory." Along with her acting chops and on-screen charisma, she also has plenty of academic excellencies. She is a neuroscientist who has a doctorate in neuroscience.

Mayim Bialik was born Mayim Chaya Bialik on December 12, 1975, in San Diego, California, United States of America. Her name means water in the Hebrew language. She was born to father Barry Bialik and mother Beverly Bialik whose maiden name is Winkleman. She has a brother named Isaac Brynjegard Bialik. She is a mix of Polish, Czechoslovak and Hungarian heritage and belongs to the American nationality.

Her family was Jewish immigrants who lived in New York City. She attended Walter Reed Junior High School and graduated in 1993 from North Hollywood High School, California. She was a stellar student due to which UCLA granted a deferred acceptance and started studying there. She said that she didn't want to leave her parents so she didn't move to the East Coast.

Bialik started her career as a child actress in the late 1980s. In her early career, she took up roles in films like Pumpkinhead. She also made guest appearances on The Facts of Life and Beauty and the Beast. She also played a recurring role as Frieda on a TV comedy called Webster in 1988-1989. She was given a Screen Actors Guild (SAG) card for her role in Beauty and the Beast.

Further, she was on the cast of 2 television pilots in 1990;  Fox Network's Molloy and NBC's Blossom where she worked in a lead character. Molloy went off the air after six episodes and Blossom aired as its replacement. Adding to his, she had a major role in the Woody Allen Comedy Don't Drink the Water in 1994.

After a lot of other roles, she was cast for the role of Amy Farah Fowler in The Big BangTheory which many people consider her magnum opus. She plays a neurobiologist which is like her real-life academic career of neuroscience. Bialik’s performance got her Emmy award nominations in 2012, 2013, 2014, and 2015 for Outstanding Supporting Actress in a Comedy Series. Similarly, she started hosting a revival of Candid Camera on TV Land alongside Peter Funt. She has also worked alongside comedy legend Steve Carell in his sketch comedy show Riot.

As of 2019, Mayim Bialik’s net worth is estimated to be about $12 million. She has earned the much part of her net worth from her acting career which is also supported by her career as a neuroscientist. According to the U.S. Bureau of Labor Statistics, a neuroscientist earns an average of $82,240 a year.

Bialik owns a house in Los Angeles, California (CA). She hasn't revealed her house in the media and the cost of her house is still unknown, however, according to some tabloids, a house in LA costs around $570,500 on average.

Bialik is one of the most loved characters of The Big Bang Theory from which she earns about $200,000 per episode. Fellow stars Johnny Galecki and Simon Helberg get around $1 million per episode for their performance in the NBC show. In fact, Jim Parsons, her romantic partner in the show is one of the highest paid actors on TV has a staggering net worth of around $70 million.

Mayim Bialik is not in any kind of relationship as of January 2019. According to the sources, Bialik is not dating any man since her divorce from her longtime husband Michael Stone. She was married to Michael Stone since August 31, 2003. The ex-lovebirds tied the knot in a Victorian-themed ceremony that included traditional Jewish wedding customs. They were blessed with two children; both sons, Miles Stone, and Frederick Stone.

Below, we present you a video of Mayim's interview on the Wendy Williams show.

They have been living a happy married life with their children before there started some turmoil in their relationship. They faced several irreconcilable differences which led the couple to end their decade-long marriage in divorce. They finalized their divorce in 2012.

After her divorce, she started dating a new boyfriend whose identity is still a mystery in the media. Bialik dated her anonymous boyfriend for around five years before the couple broke up. She took to her Instagram to revealed her break up with her boyfriend of 5 years in December 2018.

She revealed that she was deeply disheartened by her breakup on her website and social media. Besides, there surrounded rumors about her engagement in 2015 but she didn't respond to the rumor.