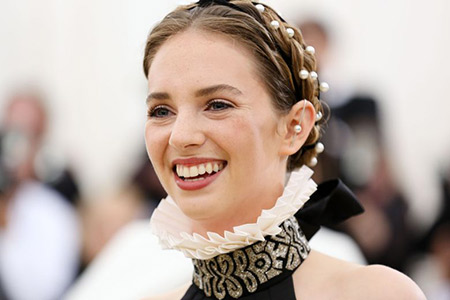 Despite having dyslexia as a schoolgirl, Maya Hawke followed her parents' footsteps and has quickly established herself as one of the prominent faces in the world of acting. The actress gained early attention after her performance in the TV series Little Women. Her career got a new height when she took a role in one of the most viewed television series Stranger Things.

Maya Hawke was born on July 8, 1998, in New York City, United States. She is the daughter of Ethan Hawke and Uma Thurman. Both of her parents are actors. She has a sibling-brother named Levon Roan Thurman-Hawke, was born in 2002.

Her parents married in May 1998 after a year of dating. But the two got divorced in 2005. Following their divorce, her father remarried Ryan Shawhughes whereas her mother Uma went on to involve in a relationship with her ex-fiance, Arpad Busson, a financier. Maya also has three half-sisters two from his father's second marriage and one from her mother's relationship with Arpad.

The actress has dyslexia as a schoolgirl for which she changed many schools during her primary education. She eventually joined a private school, Saint Ann's School, in Brooklyn. The school emphasizes artistic creativity, but it also did not work at the beginning of the first few years. The artistic environment finally played a great role in developing her acting skills.

Hawke promptly attended the summer studies at the Royal Academy of Dramatic Arts in London. Furthermore, she took part in the renowned Stella Adler Studio of Acting in New York. Likewise, she was later accepted into the performing arts school Juilliard for a year but dropped out after she got the role in Little Women in 2017.

Maya Hawke initially started off her career as a model and featured in covers of many well-known publications and magazines. The actress played her first acting role in a BBC TV series Little Women alongside Emily Watson, Willa Fitzgerald, and among others. 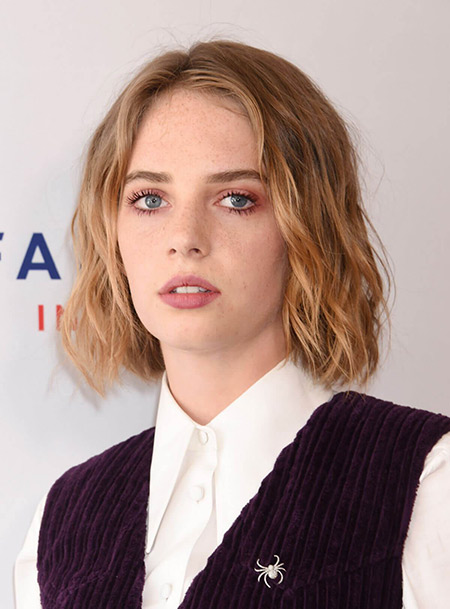 In 2019, Hawke gained massive popularity following her role in another hit TV series Stranger Things. She appeared in the series along with Winona Ryder, David Harbour, and Finn Wolfhard. The same year, the actress also scored her first big-screen role in Once Upon a Time in Hollywood.

Maya Hawke belonged to the family of multi-talented. She has also followed her parents' footsteps as well as found great success in this field. The actress has already worked in many successful movies and TV series along with some recognized faces in Hollywood. She has also made a considerable amount of money from her various work.

The actress is also quite popular on social media like Instagram with over 1.7 million followers. It is also her major source of income.

Maya Hawke is not married yet. But as per her social media, the actress is reportedly dating her rumored boyfriend, Gus Wenner. The two have not confirmed their relationship, but their posts on Instagram already said thousands of words about their secret.

Hawke has also remained tight-lipped about her love life and boyfriend.