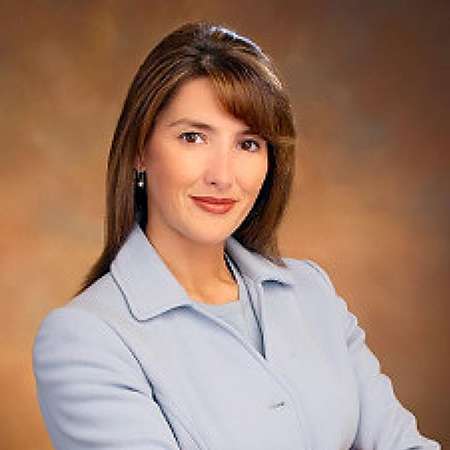 Maureen Maher is an American popular television news reporter as well as a correspondent. She currently serves as a TV host in the American doc u mentary/news magazine television show 48 Hours Mystery.

Mahe was also awarded the Emmy award for her works in news and media field. She is a married woman and she has two children with her husband.

Maureen Maher was born in the year 1972 in Detroit, Michigan, United States. Her nationality is American, and she is of Irish ethnicity.

Maher was given up for adoption by her biological parents when she was an infant. At the age of 16, she started piecing her own story together and is still gathering details. And as per the source, her biological parents were high school sweethearts and her mother become pregnant at an early age and was unable to take care of her. She was raised in a strong Catholic household.

Maher went to Catholic schools all of her life and completed her graduation from the Loyola University with a Bachelor of Arts degree in communications.

After graduating from the Loyola University, Maher began her broadcasting career in 1991, working as a morning drive news anchor at  Chicago-based FM called WLUW.

After serving at WLUW for a year, Maher moved to Detroit in 1992 and began working as a reporter for the Detroit-based TV station WJBK-TV. During the time, she also served for CBS-owned radio station WWJ until 1995.

Maher joined WJRT-TV as a news anchor in late 1995. During the year she covered breaking news such as the Decker farm raid and the Oklahoma City bombing. After working for two years in WJRT-TV, she left the job in 1997 and became a correspondent for CBS Newspath in Chicago.

Maher also reported for the CBS Evening News and reported on various several big headlines. Currently, Maher serves as a correspondent and host of the CNS show, 48 Hours Mystery.

Finishing up on a story in Toronto for the new fall season #48hours ... gorgeous city!! Lovely people!! pic.twitter.com/R8iUdeQNh2

It is believed that Maher gets paid a handsome amount of salary for her work, but, unfortunately, her salary and net worth has not been revealed yet. Maher currently working with CBS is possibly having millions of dollars as the employs of CBS are millionaires.

As per some online sources, the average annual salary of CBS employees is $222,480. So, might be she earn in the same range.

Maureen Maher is a married woman and has two children. She has not disclosed her husband and children name. Currently, Maher lives in Chicago, Illinois with her husband and two kids.

she is a huge personality in the media field and manages to spend time with family too. even she is a working woman, she knows how to maintain a personal life.