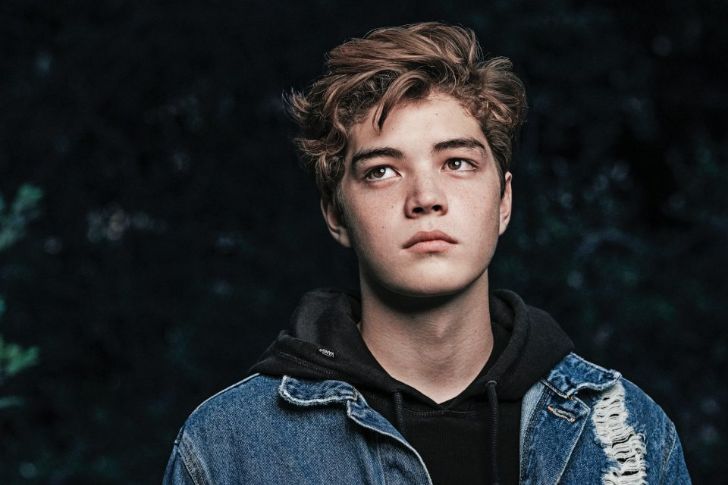 Matthew Sato, an inspiring blend of versatility among youngsters is an American actor and singer. Sato gained TV fame with charming looks & acting proficiency after he guest-starred in Hawaii Five-0 in 2015. It followed his appearances in Save Me and Chicken Girls. Moreover, his mesmerizing voice has grabbed him further attention with the release of singles such as I Know, Airplane Mode, Do You Say My Name, Better Days & more.

When and Where Was Matthew Sato Born?

Matthew Sato was born on April 19, 2001, in Mililani Town, Hawaii, the USA, and holds an American nationality. His birth sign is Aries. Sato is the youngest of 5 children; has an older sister named Ashley and 3 brothers: Gavin, Brandon, and Mark. He attended the American Renaissance Academy in Kapolei, Hawaii.

Along with acting skills, Matthew is equally talented in sports too. Before acting career, he was a competitive swimmer and even more, made into the Junior Olympic team. In 2015, Sato made his on-screen debut & earned TV fame with a guest appearance in Hawaii Five-0.

Thereafter, in 2018, he worked in the short film Ghosts and appeared in an episode of Piperazzi. Having appeared in the 2019 film Intern-in-Chief starring Annie LeBlanc, Matt Sato was cast as Robby in Chicken Girls (2018- 2020, 33 episodes) along with Indiana Massara, Brooke Elizabeth Butler, Madison Lewis, Hayley LeBlanc & others.

He portrayed Jason in 10 episodes of Save Me (2020) co-starring Daniela Nieves, William Mapother, and Kevin Kempis. As per IMDB, Matthe will portray Hopper in the adventure film Patsy Lee & The Keepers of the 5 Kingdoms, under post-production.

Aid To Fame With Songs Releases

Matt got music fame after releasing debut single I Know and another hit single Airplane Mode, both in 2017. Some of his other songs include Do You Say My Name (in 2018), Song To My Mind, Better Days, Me 4 U, Simple, and I Go High, You Go Low.

Did you know? Matt Sato is an active Tiktok user with the handle @itsmattsato; has 90K followers and 526.9K
likes in late 2020.

In addition to that, an avid user of Instagram, Matthew's account @mattsato has over 514K followers currently, where he promotes partnership with TSMA Consulting and John Frieda US. As per calculation from Influencer Marketing Hub, the American actor sum up to $1,538- $2,563 per sponsored post.

Who Is Matthew Sato Dating Now?

Back in 2017, Sato shared cozy photos with his Chicken Girls co-star Annie LeBlanc on his social media, which fueled the rumors of dating. Moreover, his collaboration with Sofie Dossi in the music video of  Do You Say My Name in 2019, saw many fans' comment claiming them as a couple. However, the actor never confirmed the aforementioned 2 relationships.