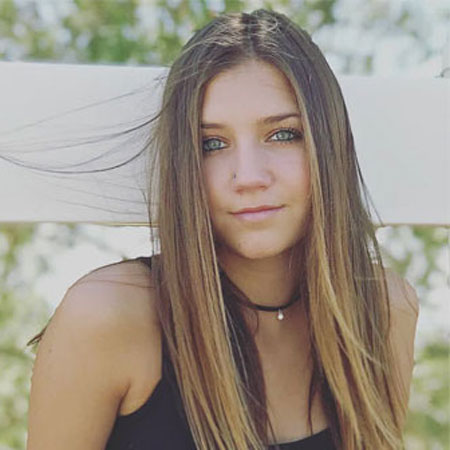 American Musical.ly star as well as a social media sensation, Madison Lewis has gained a massive following on her social media under the username mads.yo. As of 2018, she has more than 2.7 million+ followers on her musical.ly, over 486.5K+ on Instagram, and over 276k+ on her YouTube channel. Lewis made her acting debut in the popular web series Chicken Girls with Annie LeBlanc.

Madison Lewis was born on 24th December 2002, in Arizona, USA. She belongs to white-American ethnicity and holds an American nationality.  Her father works in construction while her mother works as a dresser designer.

Lewis was raised in California along with her siblings. One very interesting fact about Lewis is that she is the triplet with her sister Riley Lewis and her brother Dakota Lewis.

Madison Lewis began her career as a musical.ly star and as of 2018 has accumulated more than 2.7 + million followers on her musical.ly.

During her early teens, Lewis started sharing videos of short comedy sketches and later teamed up with her brother and sister to create more funny videos.

Following their teamwork, Lewis online popularity gradually increased, and it was only a matter of a few months before she touched the mark of a million followers.

On May 21, 2014, Lewis joined YouTube, creating a self-titled channel and in a year span, it has more than 277k+ subscribers. Some of her most viewed videos are titled Waxing my Boyfriends legs, Chapstick Challenge w/ My Boyfriend Caden, and many more.

Besides, Lewis also made her acting debuted in the 2017 popular web series Chicken Girls as Birdie along with Annie LeBlanc, Hayden Summerall, Brooke Elizabeth Butler, and many more.

Musical.ly star and YouTuber Madison Lewis has gained immense popularity from her Musical.ly account which has helped her to collect an estimated net worth of five figures.

According to Variety.com, the 18-year-old another popular Musical.ly star Lauren Godwin has more than 1.5 million+ followers on Musical.ly, and the website stated that she makes around $16,000.

Madison Lewis is dating an actor and social media sensation, Caden Conrique. The pair confirmed their relationship in 2018.

Lewis’ boyfriend posted a video under the title I got her a ring!!!! on his YouTube channel. They also appeared together in the hit web series, Chicken Girls in 2017. The two often posts many beautiful pictures of themselves on their social media account.

Let's check out the video of Madison Lewis