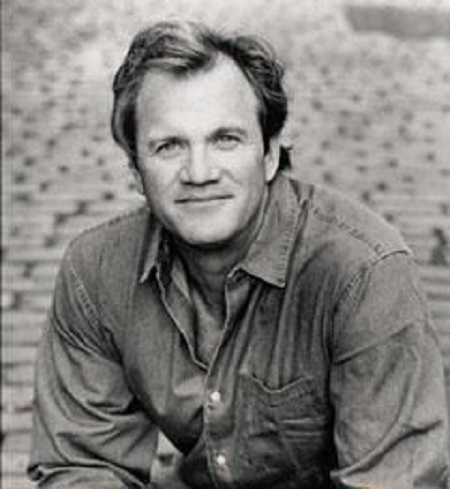 American-born actor and producer, Matt Salinger is known for his appearances in the movies and has also produced several independent films. The actor perhaps is best known for his portrayal in the movie Captain America. Son of author J.D. Salinger and psychologist Alison Claire Douglas, he debuted from the film Revenge of the Nerds which also became one of his known roles to date. Currently, Salinger is married to jewelry designer Betsy Jane Becker and has twins sons Gannon and Avery.

Born Mathew Robert Salinger in 1960, in Windsor, Vermont, he is the son of author J.D. Salinger and psychologist Alison Claire Douglas. An American by nationality, he belongs to mixed ethnic background and shares the birth sign Aquarius.

Salinger is the grandson of British art critic Robert Langton Douglas from his mother’s side. He has a sister named Margaret Salinger.

He studied at the Phillips Academy Andover where he graduated with a good degree. Following his graduation, he went to Princeton University and later joined Columbia University graduating with a degree in art history and drama.

Matt Salinger started his career in 1984, from the film Revenge of the Nerds. Later, in 1990, he played Captain America in the movie Captain America.

In his career, he has produced several independent movies such as Let the Devil Wear Black and Mojave Moon. Similarly, he produced the off-Broadway play The Syringa Tree, which earned many honors like Drama Desk Award, the Drama League Award, the Outer Critic’s Circle Award, and the Village Voice Obie Award. As of May 2019, the American actor does not seem to be active in any of the projects.

Matt Salinger's Net Worth And Salary

According to the Celebritynetworth, the 59-year-old actor, as of May 2019, owns the net worth of $10 million. Throughout his career, he has earned an impressive amount that has added up more dollars to his fortune. Well, he might have earned from advertisements, brands, and endorsements deal, however, he has not mentioned that.

As an actor as well as producer, he has been successfully earning the amount in the six digits figure. Currently, the actor owns a house in Fairfield County, where he is residing with his family at present. Other than that, he has not mentioned about his cars and other properties.

Salinger, age 59, is a married man and shares twins children. Well, the handsome actor is wedded jewelry designer Betsy Jane Becker in 1985. The couple met a few years before their marriage, and eventually took their relationship to the next step and got married.

The duo shares twins sons; Gannon Salinger and Avery Salinger, born on March 28, 1994. He currently resides in Fairfield County, Connecticut with his wife and children. They share a strong bond of relationship, as of May 2019.