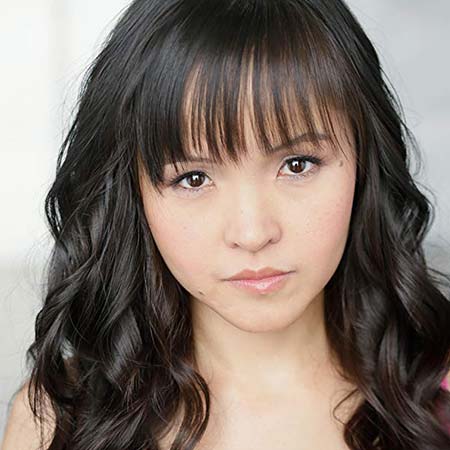 Indonesian-American actress, Tania Gunadi, age 35, is known for her films The Jetsons, Scooby Doo, Snow Bride, Such Good People, and many more. She debuted in the entertainment industry in 2001 and became popular after a series of roles in the movies and TV shows. As of 2019, the actress has appeared in the TV shows, Bizaardvark and A.P. Bio.

Tania Gunadi was born on July 29, 1983, in Bandung, Indonesia. She is an Indonesian-American and belongs to Asian ethnicity. The beautiful actress shares the birth sign, Leo. Information about her parents and siblings are unavailable at the moment.

Tania grew up in Bandung with her family spending her early days there. She won a green card lottery when she was in high in Bandung.

She went to an adult school to learn English, after moving to the U.S. Later, she went to a university in Los Angeles for her further studies. During that time, she worked at Pizza Hut, which was her first job.

Tania Gunadi started her career in acting in the year 2001. That year, she worked in the movie named A Real Job as well as on the TV series That’s Life and a TV movie The Wild Thornberrys: The Origin of Donnie.

In her career, she has appeared in numerous movies and TV shows. Some of her movie credits include Scooby-Doo! Shaggy’s Showdown, Such Good People, and Zambezia.

Gunadi had her first lead role on television in an American computer-animated superhero TV series Transformers: Prime. She lent her voice for the character Miko Nakadai in the series. The series also consists voice of other stars Peter Cullen, Steve Blum, Frank Welker, and Jeffrey Combs, among others.

Well, the actress has given her voice for other series like Sanjay and Craig, Penn Zero: Part-Time Hero, DC Super Hero Girls franchise, Sofia the First, Rise of the Teenage Mutant Ninja Turtles, and more.

As of 2019, she has made her appearances in an episode of the TV series such as Bizaardvark and A. P. Bio. Her recent movie appearance was in the 2017 animated film The Jetsons & WWE: Robo-WrestleMania!, where she voiced for the character Gladys the Receptionist.

In addition, she has voiced for some of the video games Crash: Mind Over Mutant, Transformers: Prime – The Game, Star Wars: Uprising, World of Final Fantasy and Invisible.

The 35-year-old actress’ net worth, as of April 2019, is estimated to be around $1.5 million. She has earned a decent amount of money from her works in various movies and TV shows. Besides, she has also made some money from advertisements and endorsements deals.

According to salary.com, actors in the U.S. make an average of $56, 024 per year, as of April 2019. The salary typically ranges between $46,167 and $68, 403, depending upon their education, certifications, additional skills, the number of years you have spent in your profession.

Regarding her personal life, she loves to travel to different places and spends her spare time friends. She loves animal and has kept a cat as her pet. She rarely appears on the media, which makes her current relationship status quite difficult to a s sume.

The 35-year-old actress is not married at present. Well, she might be single or in a relationship at the moment. However, she has managed to keep her personal life out of the media. Also, she has never talked about her marriage and other relationships.

Also, Read the Biography of other popular artists such as Justin Bruening, Julia Nickson, and Ashlie Atkinson.