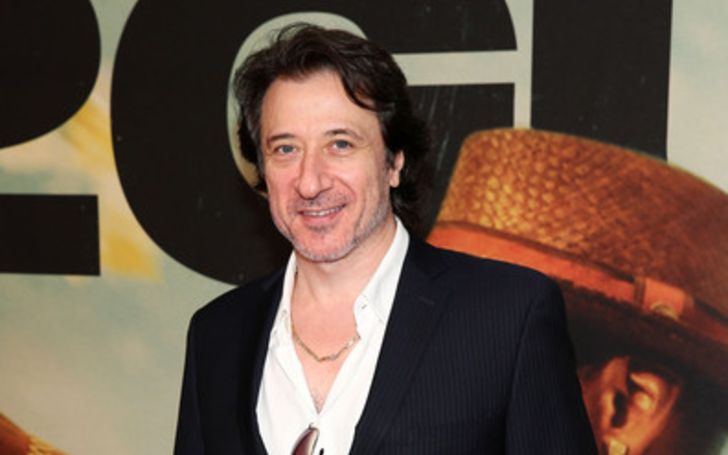 Italian-born American actor and professional visual artist, Federico Castelluccio is best known for his portrayal of Furio Giunta on the HBO series, The Sopranos. He was one of the master painters involved with re-creating many museum Impressionist masterpieces for the film The Thomas Crown Affair in 1999. Currently, the actor is married to actress Yvonne Maria Schafer.

Federico Castelluccio was born in Naples, Italy, on April 29, 1964. He is an Italian-American as per his nationality and belongs to Caucasian ethnic background.

He was born to Italian parents who moved to Paterson, New Jersey in 1967. He spent most of his childhood days with his family in New Jersey.

Regarding his education, he attended the School of Visual Arts in New York City, where he was awarded a full scholarship; he earned a BFA in painting and media arts. Prior to that, he earned an opportunity to create a painting for actor George.

He studied acting in New York City with renowned teachers such as Donald Buka, Molly McCarthy, and Charlie Laughton. During that time, he performed with several repertoire companies in New York, doing contemporary, and original plays.

The Italian-American actor started his career in 1986. Later, he appeared in the movies 18 Shades of Dust as Bounced #1, Made as Doorman, Fire as Himself, La Arana as Bobby, Return of Fire as Himself, and Volare as Paolo Bongiovanni.

He portrayed Furio Giunta in an American crime drama TV series, The Sopranos in the year 2000. The series starred James Gandolfini, Lorraine Bracco, Edie Falco, Michael Imperioli, and Tony Sirico, among others. The role became his best-known role to date.

Similarly, he has appeared in some episodes of the series such as Another World, NYPD Blue, Law & Order: Criminal Intent.

Federico Castelluccio's Net Worth And Salary

As of April 2019, the Sopranos actor possesses the net worth of $3 million, according to celebritynetworth. Working as an actor in television and film since 1986, he has ama s sed a huge fortune in his life.

As of April 2019, American actors earn an average of $56 thousand yearly from their career, but the range typically falls between $46 thousand to $68 thousand depending on many factors like education, certifications, additional skills, and the number of years in spent in the profession. Castelluccio, as an actor also makes the same amount from his career.

Moving to his personal life, the Italian-American actor is an internationally renowned realist painter, art collector, and connoisseur of old master baroque painting. He has received many awards for his paintings and has appeared on radio programs and national talk shows regarding his art.

In fact, Castelluccio has traveled to Europe for the sole purpose of drawing and painting and has spent time working in France, Italy, and Germany, inspiring all along by the European old masters and contemporary realists.

His paintings have been exhibited in prestigious galleries throughout the U.S. and Europe. His works are held in the collections of Palazzo Chigi, in Ariccia, Italy, Yale University Museum of Art, in New Haven, and many other places.

He was one of the master painters involved with re-creating many museum Impressionist masterpieces for The Thomas Crown Affair (1999).

The multi-talented actor is currently married to Yvonne Maria Schafer, an actress, and producer from New York City. The couple wedded on June 1, 2011, in a private ceremony in attendance of their close ones.

The duo met each other few years back to their wedding, fell in love, and eventually got married. They have not shared much about their relationship making it low profile.

The pair sharing a good relationship but is yet to have children. They currently live in Paterson, New Jersey.

Read More about other celebrities such as Evan Lysacek, Louis Greatorex, and Talia Shire.