Matt Ross is an American actor, director and screenwriter best known for writing and directing the comedy-drama film, Captain Fantastic, starring Viggo Mortensen. He won Un Certain Regard at the 2016 Cannes Film Festival for his performance in the feature film.

Matt Ross was born as Matthew Brandon Ross on January 3, 1970, in Greenwich, Connecticut, the United States of America, under the birth sign Capricorn.

He is of American nationality and belongs to white ethnicity. Ross is the only child of his parents. As for his height, he is 6 feet 1 inch (1.85 m) tall.

As for his educational background, Ross graduated with a degree from Julliard and later studied at New York University.

Matt Ross made his acting debut at the age of 19; he appeared in the 1989 action film, Desperation Rising. He has since played numerous notable roles such as Gavin Belson in the HBO series Silicon Valley, Glenn Odekirk in The Aviator, Luis Carruthers in American Psycho and Alby Grant in the HBO series Big Love.

In 2005, Ross played the role of Eddie Scott in the drama film, Good Night, and Good Luck, alongside David Strathairn, George Clooney, Patricia Clarkson and Robert Downey, Jr. For his performance in the film, he was nominated for a Screen Actors Guild Award for Outstanding Performance by a Cast in a Motion Picture.

In 2011 and 2015, Ross portrayed Charles Montgomery in the season 1 and season 5 of the FX anthology series, American Horror Story.

In 2016, he wrote and directed the comedy-drama film, Captain Fantastic, for which he received Un Certain Regard at the 2016 Cannes Film Festival.

Whopping Net Worth of $6 Million

Matt Ross has been active in the film and television industry for three decades and throughout his long acting career, the 49-year-old Desperation Rising  star has gathered a substantial amount of money to his bank balance.

Ross has an estimated net worth of $6 million, according to the Celebrity Net Worth website. His 2016 film, Captain Fantastic, was made under the budget of $5 million and it had a box office collection of $22.8 million.

Moving towards the relationship status of Matt Ross, the 49-year-old actor is a married man. He tied the knot with writer Phyllis Grant in an intimated ceremony.

It's unknown when the two tied exchanged the wedding vows but the husband-wife duo is reportedly living a blissful life together. 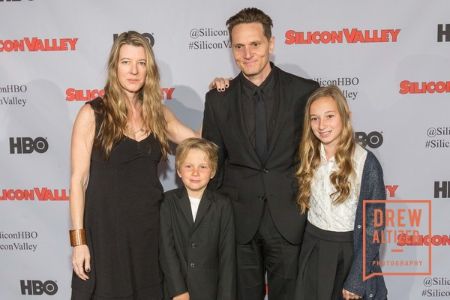