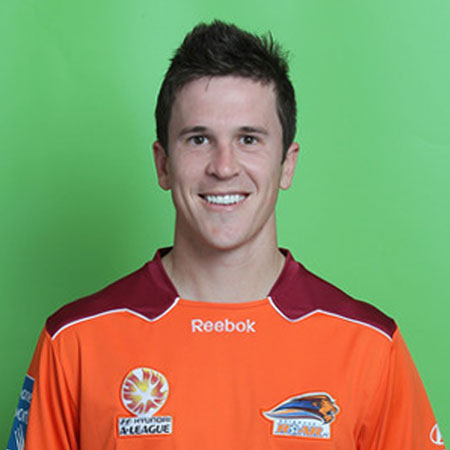 Mathew Graham is widely known as "Matt McKay" is a football player. He is an Australian contestant who plays for Brisbane Roar in the A-League.

He was born on 11th January 1983 in Brisbane in Queensland, Australia. He, in addition, plays for the Australian national team.

McKay began his club career when he was signed for the Sunnybank Saints Soccer Club in the year 1991, opposing against the association of Queensland Christian soccer. He was then again signed by NSL team, where he was still there until the ending of the 2003 and 2004 National Soccer League season.

McKay's profession was in the top when he was signed on as an opening member of the then Queensland Roar prior to the season of 2005 and 2006. During the initial seasons of the year 2009 and 2010 seasons, he was the called as the club captain after the left of the earlier captain because of his career finishing injury.

McKay showed the way for Brisbane to their first A-League premiership and finals in 2011. McKay was signed in a two-year contract with the Chinese Super League side Changchun Yatai in January 2013 and on 11th of August in 2013. McKay was publicized as Brisbane Roar Australian Marquee for the subsequent two seasons.

McKay had already signified for Australian at U-20 stage in the 2003 FIFA World Youth Championship. But he was given chance in playing in the superior national side on 16th of August 2006, when he came on as a replacement for Australia in the Asian Cup succeeding match against Kuwait at Aussie Stadium for his first Socceroo cap.

He also featured in the two additional requirement games for the Asian Cup of 2011, opening against Kuwait on 5th of March in 2009 at Canberra Stadium and performing in the next half of the return secure against Indonesia in the month of March in 2010 at Suncorp Stadium.

He has a Height of 171 cm (5ft 7in). With the playing position of Mild-fielder and left back he plays for his Current Team, Brisbane Roar. He owes the Jersey No.17. His present Salary is calculated as 450,000 Pounds and he has a Weight of 79 kgs/174 lbs.

He was also honored with the Brisbane Roar Members. He also made his club Brisbane Roar in the A-League Premiership in 2010 and 2011. His greatest achievement was highlighted when he was given the Football Media Association Player of the Year 2010 and 2011.

There is no any information regarding his personal Life.