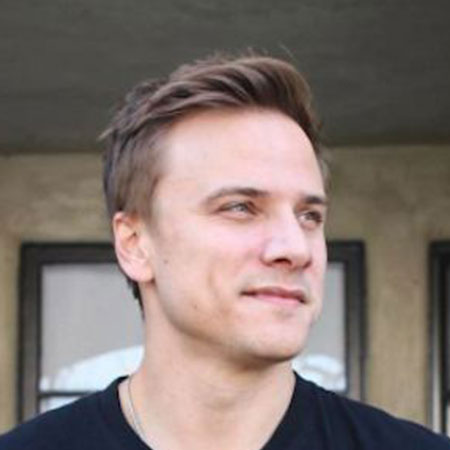 Matt Cutshall is an American social media star as well as a former member of the boy band It Boys!. He started uploading videos on Vine which earned him great fame. He as about 1.8 million followers on his Vine account. He even has a YouTube channel with 15k subscribers. Famous social media personality Matt enjoys a happy life along with his girlfriend Ariel Vanderberg.

Matt Cutshall was born on February 13, 1985, in Oregon, the United States under the zodiac sign of Aquarius. The zodiac sign describes Cutshall to be a deep thinker and highly intelligent person who loves helping others.

His parents divorced when he was only eight and after their divorce, Matt was disturbed which also affected his childhood emotionally. He could not even concentrate on studies that directly affected his academic result. He dropped out from his high school and started spending time alone as he didn’t have many friends.

Finally, he was able to get rid of his situation and later, he focused on music and learned to play guitar and other instruments as well.

Matt Cutshall did not choose music as his profession until he decided to form a boy band back in the 2000s. He formed a musical band named It Boys with other band members. Matt was the lead vocalist where Duck Leary played the drum, Jeffrey Oster was the lead guitarist, Judah Leary was a guitarist/ vocalist and Tommy Coops was the ba s sist.

By far, the band has released two albums and 17 songs. In 2010, their first album titled Guys Don’t Like Me was released. Their second album Introduction was released in 2012-the song featured a number of social media icons like Jeffree Star, BC Bean, J. Trill, and Ca s sadee Pope.

What Matt Cutshall Does Besides His Band?

Following the big success on the band, Matt tried his luck on the social media as well. Initially, he started a channel on VIne and uploaded his first Vine video on April 13, 2013. Soon, he started to gain popularity and was in short time, he became one of the most popular Viners. He has more than 1.8 million followers on his Vine account.

Matt has also collaborated with many popular Viner's that includes Barron Boedecker, KC James, and Sunny Mabrey. Matt even has a YouTube channel which he created on June 1, 2012, however, he rarely posts videos on his YouTube channel. As of January 2019, he has about 15k subscribers and got 396k views.

He also collaborated with other YouTubers like Manno Mathews, Josh Peck, and Arielle Vanderberg on his YouTube videos.

Matt Cutshall's net worth is estimated to be around $700,000 as of 2019. As a successful Viner and signer, he has earned some decent amount of money. He also earned a good sum of money as a band founder and member of the band It Boys!.

He first uploaded his vine video on April 13, 2013, and has got about more than 1.8 million followers on his Vine account.

He has even created branded content for numerous Fortune 500 companies such as Verizon, McDonald's, Disney, Amazon, Hewlett-Packard, Starbucks, Toyota, and Budweiser among others. He also earns a good amount of money from his YouTube channel.

Matt Cutshall has kept the information regarding his properties and a s set a secret, however, we can see him posting pictures on his social media with his car which has been identified as an AUDI.

Matt Cutshall is currently in a relationship with Arielle Vanderberg, an American social media celebrity. According to the source, they were best friends before they started dating. The couple is in a romantic affair since early 2017.

They also collaborate to make some videos which they post on their social media and Vine. Looking at their love life, we can say that they are pretty happy with each other. The adorable couple has spent over a year together as boyfriend-and-girlfriend, however, they haven't revealed if they are going to get married in a near future.

Matt Cutshall keeps the information regarding his past affairs and relationship secret from the media so we can't say anything about his past life, however, his girlfriend Arielle dated numerous boys in the past.

In the video presented below, Matt Cutshall can be seen drinking alcohol so that he can share his true feelings about his girlfriend.