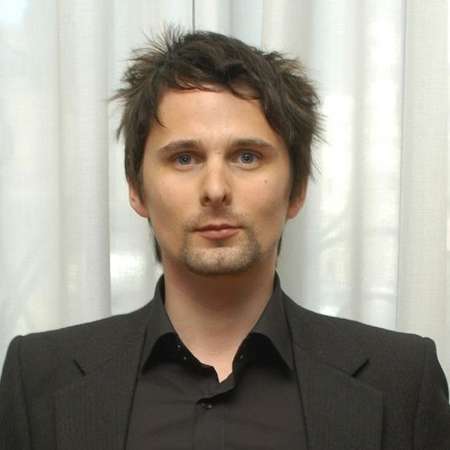 Matt Bellamy was born on 9 June 1978 and his birth place is Cambridge, Cambridgeshire, England. Matt is son of father George Bellamy and Marilyn Bellamy. His father was a rhythm guitarist in pop group The Tornados. After the divorce of his parents he was raised by his mother along with his brother. According to Matt’s ethnicity he is white and belongs to English descent. Bellamy’s nationality is English. Matt’s star sign is Gemini. Matt has a brother named Paul Bellamy.

Bellamy was eager to music from his early childhood; he started playing the piano at the age of 6 and guitar at 11. In June 1991, at the age of 12, Matt made his first musical performance at Teignmouth Community College.

Matt along with his colleague won the Battle of the Bands and later they decided to be more professional one, and Muse was born. In the early stage the band struggled and later they were famous for their energetic and visually dazzling live performances. Matt’s band Muse released their first album in 1999 entitled Showbiz. Later in 2001, Muse released their second album Origin of Symmetry. All together the band released nine albums and their other famous albums includes, Absolution, Black Holes and Revelations,), The Resistance, The 2nd Law and Drones.

Bellamy besides his appearance in the musical band he was also very popular for his guitar skills, he was also included in The 50 Greatest Guitarists Ever, where he was ranked in 19th position. Bellamy has also been featured in many concerts and world tours of the band round the world.

Matt Bellamy is famous musician along with good looks and he has been featured in several magazines including in Kerrang!, where he was included in 50 Sexiest People in Rock, as sexiest rocker of 2003 he was featured in Cosmopolitan and many more. And Matt also won Sexiest Male Award at the NME Awards for 2007, 2009, 2010, 2011, 2013 and 2014. Matt sexual orientation is straight and his current relational status is supposed to be dating.

Matt had an affair with Gaia Polloni whom he was together for about eight years till 2009 starting from 2001. Later he was romantically linked with Sophia Bloxam. Starting from 2010, he shared a relationship with beautiful actress and model Kate Hudson for about four years. After he separated with Kate, he was also linked with model and actress Elle Evans. Matt is not married yet and talking about his children he has a son named Bingham Hawn Bellamy with his former partner Kate Hudson.

Matt is a guys with average height which measures 5 feet and seven inches. Bellamy has maintained a net worth of around 12 million dollars. Matt is very good looking guys and has several female fans that follow him in wiki and several other social sites.