Is Milana Vayntrub Dating Someone? Her Personal And Professional Details 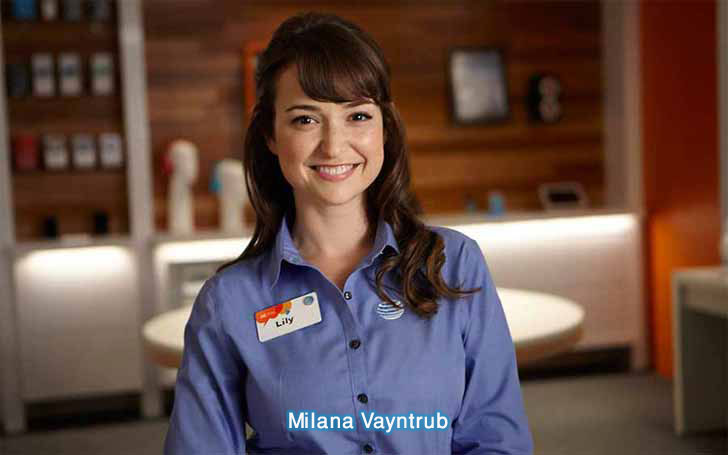 Milana Vayntrub is an Uzbekistan-American actress best known for her performance as Doreen Green / Squirrel Girl in the New Warriors television pilot for Freeform. She got initial fame from AT&T television commercials as saleswoman Lily Adams,

Vayntrub reportedly dated a famous singer-songwriter, John Mayer, in early 2006. But we all know how relationships come and go in Mayer's life, this one couldn't last as well.

After Milana broke up with John Mayer, there has been no further news in media about her relationships. She lives a very private life and there is no proper information related to her possible relationship which is why we can assume that she is single and does not have a boyfriend. 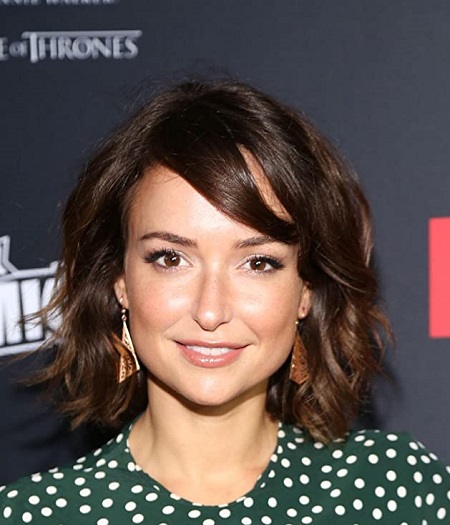 Since she is very private and has not been spotted with any men, rumors about Milana being lesbian started circulating. Milana being a talented actress has attended lots of red carpets and parties but never been seen with male colleagues. That could be a matter of choice, but then it's Hollywood. Every spark turns into a wildfire here.

Vayntrub has both male and female friends like a regular human being. So, that's not how the gay rumors started. It was actually a tweet that sparked it.

She does have a cozy relationship with female friends and is been apparently single for a long while. Milana is also promoting and supporting LGBT(lesbian, gay, bisexual, transgender) rights and issues on her Instagram account. But that doesn't make anyone gay. That's just being a decent human being.

Milana Vayntrub once tweeted to one of her female friends:

if you were more gay and I was more into you, we'd be the perfect couple.

That is why there are rumors she could be gay, or maybe bisexual. But she hasn't come out and accepted anything yet, so we can only speculate for now!

The actress then started focusing more on acting which was her passion from the begging. She started in the small roles in movies and television shows such as Life Happens,

She, however, got fame following her role as a saleswoman named "Lily Adams" in a series of TV commercials for AT&T. She also appeared in series such as Other Space and This Is Us. 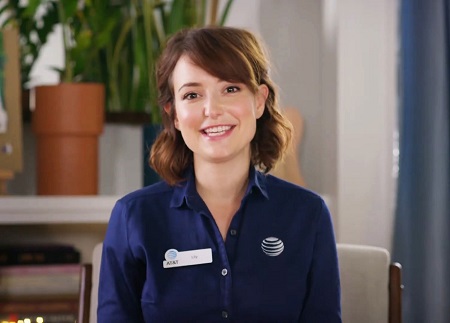 CAPTION: Milana Vayntrub is known as "Lily Adams" in a series of TV commercials for AT&T SOURCE: Muse by Clio

Her career reached a new height when she got the lead role of Marvel Comics superheroine Doreen Green / Squirrel Girl in the New Warriors television pilot for Freeform.

Along with name and fame, Vayntrub has also earned a considerable amount of money from her successful career. As of 2020, her net worth is estimated to be $3 million.