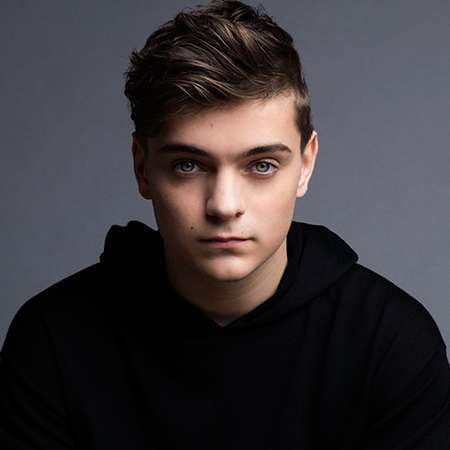 Martin Garrix is a prominent Dutch DJ/producer who came into the limelight after his track Animals reached Top 10 in more than 10 countries and at Belgium and the United Kingdom it peaked at number 1 whereas in Ireland it reached #3. Not only this track but Martin’s single Wizard produced with Jay Hardway reached the peaks in various countries. It was ranked #4 in DJ Magazine’s Top 100 DJ’s. He founded the label STMPD RCRDS after leaving Spinnin' Records in 2016 before signing with Sony Music. Martin’s music genres include EDM, Progressive house, electro house, microhouse, big room, drop house and Dutch house.

Martijn Garritsen was born on May 14, 1996, in Amsterdam. He developed a passion for music at the age of 4 when he began learning to play guitar. When he was at the tender age of 8, Martin was swimming deep into the pursuit of becoming a DJ after watching DJ Tiesto and DJ Jayvee playing at the Olympic Games in Athens. He took inspiration from the track “Traffic” which drove him to download specific software, FL Studio, in order to start composing. Martin graduated from the Herman Brood Academy which is a production school in Utrecht in 2013.

Martin began his career by releasing the song “BFAM” along with Julian Jordan. In 2012 he won the SLAM! FM DJ Talent of the Year Award and in the same year his remix of “Your Body” on Christina Aguilera’s deluxe version of her album titled Lotus.

Later he collaborated with TV Noise on the compilation album Loop Masters Essential, Volume 2 and titled his track “Just Some Loops”. The very next year in 2013, Martin collaborated with Sidney Samson on Tiesto’s Musical Freedom label to release “Torrent”. His own solo titled “Animals” was released on 16th June 2013 on Spinnin Records which is a Dutch record label.

In Europe alone, the track became hit in several charts. Martin soon became the youngest person ever to reach No. 1 spot on Beatport charts. Soon after that on 30th September, he released a remix of “Project T” by Sander Van Doorn, Dimitrix Vegas and Like Mike that went on to hit the no.1 spot on Beatport.

Then soon he appeared on DJ magazine’s top 100 DJ’s list 2013 as a new entry in #40 which reached up to #4. In November of the same year, Martin signed a deal with Scooter Braun’s Scooter Braun Projects. A month later Martin went on to release “Wizard” along with Jay Hardway which peaked to number 6 in Belgium and in Netherland it reached no 17.

At the beginning of 2014, Martin performed at Ultra Music Festival where he played his new releases which also included collaboration with Dillon, Francis, Hardwell, and Afrojack. Garrix then went on to release his new track titled Proxy and later another track named Virus with MOTi. He collaborated with DJ Afrojack to release Turn up the Speaker which was also a hit.

Later Afrojack and Martin went on to premiere this new track at Ultra Music Festival. Martin has released many remixes which includes Enrique Iglesias-Tonight and Rick Ross’ Hustling in 2011, Christina Aguilera's Your Body and Roy Gates’ Midnight Sun 2.0 in 2012, Daddy Groove’s Stellar, Dimitri Vegas & Like Mike vs. Sander Van Doorn’s Project T and his own track Animal, all in 2013. In 2014 he released Bassjackers’ Cracking and DubVision’s Backlash.

In 2016, he launched his own record label named STMPD RCRDS and In March 11, he released his first single, Now That I've Found You under his label featuring Michel Zitron and John Martin. Later on July 26, 2016, Martin signed a contract with Sony Music Internationa. He stated:

"Their forward thinking approach to streaming and incredible roster of talented artists combined with their passion and understanding for my vision of the future of my music made this a no brainer."

He went on to win the Best World Stage Performance and Best Electronic Act at the MTV European Music Awards 2016 in November 2016.

In 2017, he began touring with Justin Bieber on his Purpose World Tour in Australia. Speaking about the collaboration with Justin, he said:

"We've been in the studio and we have some rough ideas, but we have no actual song yet where we're both like, 'OK, this is what we're gonna release".

He became a resident at Hï Ibiza, previously known as Space Ibiza for the 2017 season.

Martin held an event in Los Angeles in May 2016 to support an organization named Fuck Cancer-to detect, prevent, and support those affected by cancer.

Similarly, in November 2016, he started his tour in India with a charity show in Mumbai at the Mahalaxmi Racecourse. The main purpose was to provide education to Indian children.

He was announced international friend for SOS Children's Village in South Africa on 24 February 2017. Speaking to Billboard, Martin said: "it is awful that so many children around the world don't have the support of a caring family".

As of 2018, he is in included in the list of the top ten highest paid DJ in the world. His net worth is estimated to be $17 Million. According to Celebrity Net Worth, his total income is around $22 million.

At such an early age, and with the short span of time, Martin has already achieved a big name and fortune.

Garrix is dating a model girlfriend named Charelle Schriek. The couple seems so much in love and their adorable pictures on Instagram can support our statement. The pair started dating in 2017.

Previously, he was in a relationship with Lynn Tijn Spooritsen (well known as Lynn Spoor). the duo dated for a year. He also had an affair with English singer Dua Lipa.

Martin admitted that he is a computer nerd and during his spare time he is seen holed up in his bedroom studio fiddling with his computer.