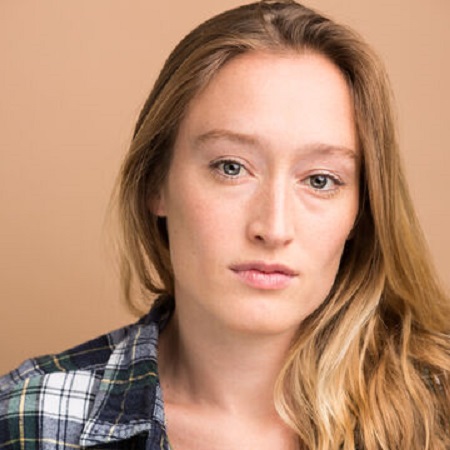 Marnee Carpenter is a famous American actress who started her professional career in 2016. The actress is widely known for appearing in television series like Criminal Minds and Good Girls. She is a vivid dog lover and supports rescue dogs.

When Is Marnee Carpenter's Birthday? What Is Her Age?

Marnee’s date of birth is not known; however, as per sources, she celebrates her birthday on 30th July. She was born in Warwick, Rhode Island, the United States of America, and currently resides in Los Angeles, California.

Marnee’s nationality is American nationality. Her ethnicity is not known. She is a very private person due to which details regarding her age, height, parents, siblings, and early life is not available at the moment.

Marnee studied at the University of Miami, where she majored in theater arts. She also attended the Upright Citizens Brigade Theater, where she studied acting.

Marnee started her professional career in 2016. Since then, she has a total of 11 acting credits under her name as per IMDb. The actress grabbed international attention for appearing in television series like Criminal Minds and Good Girls.

Marnee has also appeared in the Indie movie Wild Oats in 2016 alongside stars like Jessica Lange and Shirley MacLaine. In 2020, she appeared in the short comedy movie Urges.

In 2021, she portrayed the character of Catherine Martin in the television series Clarice. and Janey on The Resident. In coming years, she would be playing the role of Rowan in the post-production short-film Found.

Besides her acting career, Carpenter once had appeared in the music video of Rodney Atkins’s song Take A Back Road. Furthermore, she also owns a business relating to dogs named Ok9 Dog & Family Consultation. As per the company’s website, it provides training, consultations, and adaptation a s sistance for dogs. She even has volunteered to benefit dogs.

Marnee is s a private person and loves to maintain a low-key profile. However, the actress had once uploaded a picture with a boy named Nicolas Harvard. In the comment section, she thanked him. Many speculated Nicolas as her boyfriend. But now the post is deleted.

The actress is famous for her incredible acting career and her performances in movies and television series. Her Instagram is full of glimpses from her professional career activities and dogs. 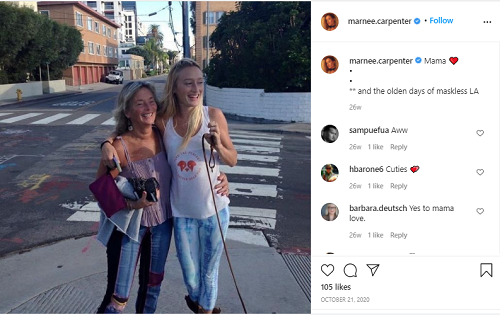 As of March 2022, the rescue advocate is available on Instagram with 1,935 followers. On 21st October 2020, she uploaded a picture with her mother claiming a throwback picture of maskless LA. A week ago, she posted a photo of being vaccinated.

Even though it has only been around five years since Marnee started her professional career, she is already hyping up. The exact figure of her worth is not disclosed; however, as per sites, she is worth $250 thousand.

The main source of Marnee’s income is her acting career. She might be earning $30 thousand per annum. Also, she grabs an impressive sum through her photosoots, sponsorships, commercial ads, and endorsement deals.