Mark Steger is an American TV and Film actor who rose to fame for his role in the biggest hit movie I Am Legend in 2007. He gained further acclaim for his performance in one of the most viewed TV series, Stranger Things. Similarly, he is also known for his work in The Pact.

Mark Steger was born on January 16, 1962, somewhere in the United States of America. Regarding his nationality, he holds American and belongs to White ethnicity.

Information about his parents and sibling is not revealed. Furthermore, the details of his college and University is also missing.

Mark Steger made acting debut with a role in the 1991 television short Slow Bob in the Lower Dimensions. But shortly after that, Steger took a crazy break from the mainstream and made came back in 2007 playing a role in the blockbuster movie I Am Legend. In 2012, he appeared in the film The Pact.

Moreover, Steger was a cast in a hit TV series Stranger Things, in 2016. His breakout role in the series alongside Winona Ryder, David Harbour, and Finn Wolfhard earned him huge fame. 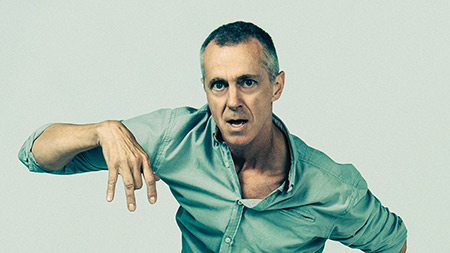 Steger also worked behind-the-scenes on many TV series such as American Horror Story, Scouts Guide to the Zombie Apocalypse, and among other projects. Besides, the actor also directed many music videos.

Mark's upcoming project is Scary Stories to Tell in the Dark.

Net Worth, Earnings, And House

Mark Steger has made a good amount of net worth from his various works. According to some sources, his net worth is estimated to be around $1 million, as of 2019.

In 2007, the actor was a cast in the movie I Am Legend which became the quite hit at the box office racking up $256 million domestically and $329 million internationally, for a total of $585 million. The movie starred Will Smith, Alice Braga, and Dash Mihok as well.

Steger has a house in Los Angeles, California.

It is still a mystery whether Mark Stege is married or not. The actor has not revealed anything about his love life. He has kept secret his dating life, girlfriend, and relationship. He is also less active on social media, which is why it becomes much hard to pin down further about his personal life.