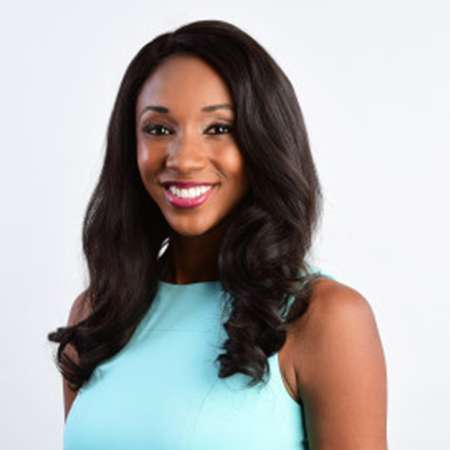 Maria Taylor is an American commentator, analyst, and host of American basic sable sports channel ESPN & the SEC Network. Taylor especially covers college volleyball, football, and college men and women basketball. Her analysis of numerous games has been taken into consideration commentator, analyst, and host of n by various teams to improve their performance. In 2018, she became the host for the 2018 College Football Playoff National Championship.

When was Maria Taylor Born?

Born Suzette Maria Taylor on May 12, 1987, in Alpharetta, Georgia, the United States to Suzette and Steve Taylor. She comes from Afro-American ethnic descent and holds an American nationality.

Taylor enrolled at Centennial High School where she was in the school's basketball team. During her high school year, she won several awards and honors including the Atlanta Tip-Off Team of the Year, Offensive MVP of her high school volleyball team, and a Fulton County Scholar-Athlete of the Year.

She was also a member of the 2004 USA Volleyball Junior National A2 team.

Following her high school graduation, Suzette enrolled at the University of Georgia with an athletic scholarship and played basketball and volleyball from 2005 till 2009.

Following her graduation, she worked as a reporter and host for IMG College at the University of Georgia for 3 years. During this time, she also appeared on various studio shows like SEC Men's Basketball Tonight, Dawg Report, and SportsNite.

Maria joined the SEC Network in 2014. She is currently working as a college analyst in SEC Network and is in her third season. She serves in ESPN as a college football reporter with Jesse Palmer and Brent Musburger.

Taylor also works as a volleyball and women basketball analyst.

She started to work weekly on Saturday night primetime college football telecast on ESPN2 as the sideline reporter and also covered the annual bowl game for ESPN.

Taylor appeared in the SEC Men Basketball Tonight. She is also experienced in working with Fox Sports South and the ACC Digital Network, where Taylor worked as a freelance women basketball analyst.

Who Is Maria's Husband?

The 33-year-old analyst is married to the director of sports marketing at Q4 SPORTS Rodney Blackstock. The duo first met while Taylor went to watch the Charlotte Hornets in North Carolina where Rodney was also present.

The pair began talking and exchanged their number right after their first meeting. Eventually, Maria and Rodney began dating in early 2016 and planned to get married in June 2016.

After dating for about three years, Rodney proposed to Taylor with a floral-inspired diamond ring with a halo. They exchanged their wedding vows on 5th May 2019 at the oceanfront Hilton Sandestin in Destin, Florida.

The couple went on with a beach-themed marriage comprised of the all-white color scheme. Maria wore a bridal gown by Eve of Milady from Bridals by Lori and Taylor wore a cream-colored suit.

How Much Does Taylor Earn From ESPN?

Maria Taylor reportedly earns a good amount of salary from ESPN as a sports anchor and analyst which ables her to live a celebrity life. As per estimation made by various online sources, it has been reported that her net worth is around $2 million. Taylor works for ESPN and is paid around $61,000 as an annual salary.

The journalist has a house in Atlanta. The median house price in Atlanta, Georgia ranges around $284,365 which can rise up to millions of dollars.