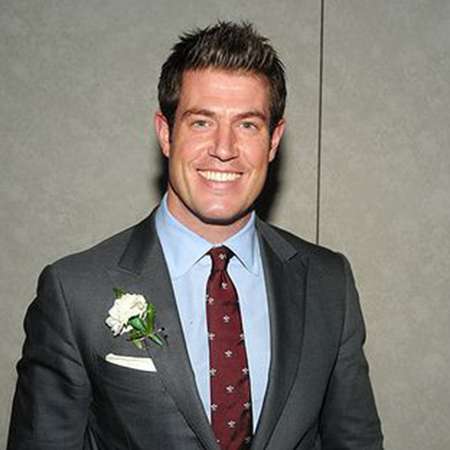 Jesse Palmer is a sports commentator, footballer, and a renowned personality. He has played as a quarterback in the National Football League.

He was cast as the bachelor on the fifth season of the reality television series The Bachelor in 2004. He worked as a college football analyst for ESPN/ABC in the U.S. and has been a columnist for the Canadian website The Sports Network.

He is also a contributor to ABC's Good Morning America. He is hosting the new show on ABC called The Proposal, as of mid-2018.

Jesse James Palmer was born on 5th of October in the year of 1978 in Toronto, Ontario, Canada. Nationally, he is a Canadian Citizen belonging to the White ethnicity.

His father name is Bill Palmer and he was an athlete. He played for Ottawa Rough Riders. His mother name is Susan Palmer and He was a fashion and print model. He was also a former owner of ITM International Top Models.

Although he was born in Ontario he grew up in the suburb of Ottawa. He was interested in the field of Athletics from a very early age. He was admitted to St. Pliu X High School in Ottawa.

His inspiration in the field of sports was his own father who was an athlete too. After schooling, he got an opportunity to join the University of Florida where he was granted with athletic scholarship as well. He played for Florida Gators for 3 years.

After college, he played for the Giants for 3 years from 2001 to 2004. He spent most of the time as an NFL career. Later, after that, he thought of joining the Canadian Football League. He also worked with Minnesota Vikings and Oakland Raiders.

Later in 2005, he was signed by San Francisco 49ers. But unfortunately, he was released without paying after that player whose injury made him get a chance made a comeback.

Later in 2006, he was again signed in by 49ERS but he was again released in the same year. Later Montreal Alouettes signed him to their development roster. Later he retired from CFL career and started up with broadcasting one.

After trying as an athlete’s he started as for Broadcasting. He worked as a commentator for Fox for 2 games and later he also appeared as an analyst on NFL Network. He works as a studio analyst on College Football Live for ESPN.

He has also worked as a studio analyst for ESPN broadcast of Cotton Bowl in 2012. He appeared in Law &Order: Special Victims Unit as professional Baseball Player. He also hosted 2 seasons of Recipe to Riches.

Jesse Palmer's Net Worth And Salary

Jesse Palmer's net worth is about $6 million USD but there has been no information about his salary yet. But he is expected to take Salary enough to accommodate his life.

He stands a wonderful height of 1.88m and weighs around 99 kg. He has a huge amount of income from his playing career.

He is a very talented and hardworking player and program host. He has won the hearts of many people and has a huge number of fan followers. Although he has not won much of the awards he is always appreciated by his colleagues and co-workers for his dedication and talent.

Farthest to award session that he has been was that he won SEC Championship.

He is one of the hot Canadian. He has given lots of shirtless and hot photos. They are available on various websites. He has a well-maintained body.

He is a struggling person and he has been trying to reach new heights with different level of dedication and hard works.

He has been dating Jessica Bowling from the year of 2004 and since then they have been together. He has been a true mate for his. But they have not yet got married yet.