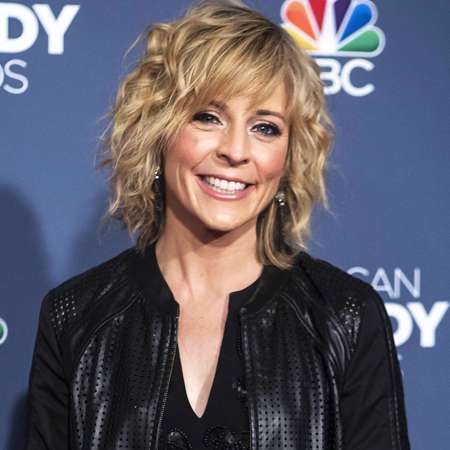 Maria Bamford was born on September 3, 1970, at the naval base in Port Hueneme, California, to her father Joel who was serving in Port Hueneme as a Navy doctor. Maria spent most of her childhood days in Duluth, Minnesota. Maria has a sister named Sarah Bamford Seidelmann.

Bamford attended the Chester Park Elementary and then The Marshall School in Duluth, Minnesota. She then joined Bates College, the University of Edinburgh, and then went on to attend the University of Minnesota, where she earned a degree in Creative Writing.

Bamford was always interested in going on a comedic journey. She also had quick wit and acting skills. So, at the age of 19, Bamford went on to do stand-up in Minneapolis, Minnesota at Stevie Ray's Comedy Cabaret.

Bamford then went on to join Edinburgh's improvised comedy show The Improverts. Since then she has made her own DVDs like The Burning Bridges Tour, How to WIN!, unwanted Thoughts syndrome.

Furthermore, she has also been seen in many movies like Lucky Numbers, Stuart Little 2, Charlotte's Web 2: Wilbur's Great Adventure, The Comedians of Comedy, Barnyard, Heckler and Hell & Back. Bamford’s genres are an observational comedy, character comedy, surreal humor, alternative comedy and her subject includes Pop culture, personal life, and mental health. She jokes a lot about depression, anxiety, and her medical condition.

Maria is currently 45 years old and stands at a height of 5 feet 6 inches. She is very energetic and enthusiastic. Bamford has shiny blonde hair. As per celebrity net worth, her net worth is estimated to be $300 thousand Dollars which explains her huge salary.

Bamford publicly stated that she was diagnosed with bipolar disorder and often jokes about it in several of her sketches. She has won an American Comedy Award for Best Comic Club in 2014. More information on the talented Maria Bamford can be found on various social media sites like Twitter, Facebook, Wikipedia, and IMDb.

Bamford does not have a long dating history. She has not been on controversy for any kind of affair. On December 11th, 2014, Maria announced that she is engaged to be married to artist Scott Marvel Ca s sidy. She also announced it on her Twitter account.

The couple first met each other through an online dating app named OkCupid, have been together ever since their first meeting.

In 2015 she announced that she was married to boyfriend, Ca s sidy. The couple looks lovely together. They do not have any children until now.