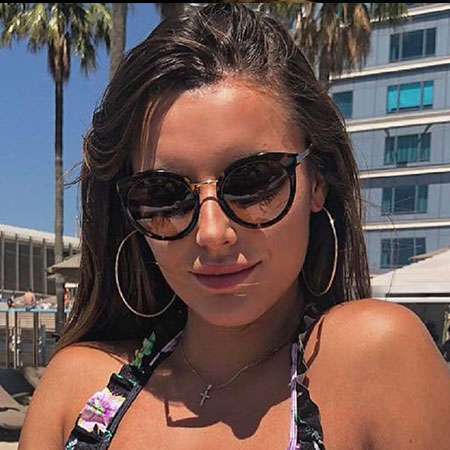 Veronika Khoymn is a Ukranian model. After she gained popularity as a model in her hometown, she relocated to Los Angeles, the USA to pursue fashion design. Her popularity doubled after she started dating an American football coach Sean McVay. After the news of her relationship with McVay was revealed, she soon started to get more popular on Instagram where she has amassed total 48.8k followers.

Veronika Khomyn was born on March 1, 1990, in Ukraine under the zodiac sign Pisces. People who are Pisces have traits like selfless, always willing to help others and likes. 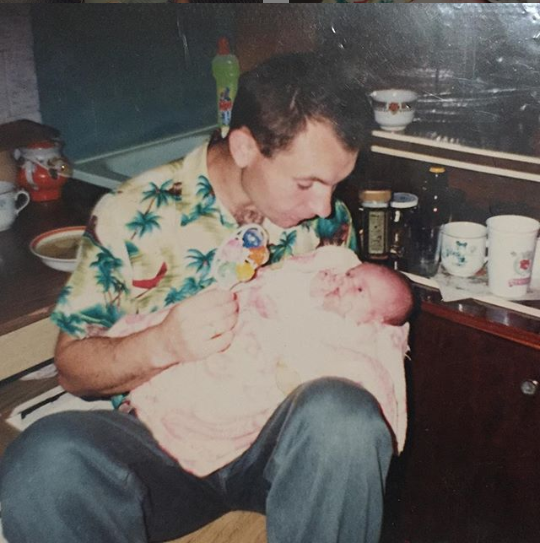 CAPTION: Veronika Khomyn with her father when she was little SOURCE: Instagram

Veronika Khomyn has a secretive nature when it comes to her family and her childhood days. So there is no any information about her parents. She studied at George Mason University in Fairfax, Virginia.

Veronika began her career as a model. After she gained fame in her hometown as a model, she soon decided to move to the USA to pursue fashion design. When she came to Los Angeles, she worked at UFC Gym and DC Clubbing.

How She Became Famous?

She was working hard to make her presence in the limelight with her modeling work, however, she suddenly rose to fame after she started dating Sean McVay, a football coach for the Los Angeles Rams of the National Football League (NFL). He happens to the youngest coach in the NFL as of now. Before he began coaching Los Angeles Rams, he was associated with the Washington Redskins.

While working there, he was promoted to offensive coordinator from assistant tight end coach. And this was around the time when the spotlight fell front and center on his girlfriend Veronika.

Veronika has a net worth in thousands of dollars, which she earned from her career in modeling and fashion designing. While she was working as a model she appeared in many Runway. Veronika is a pet lover and has two pet dogs. She loves to spend time with her dogs whenever she gets free.

I wish he knew how perfect he is #mommy

Besides, her boyfriend Sean McVay has an estimated net worth of $7 million. As a head coach of National Football League team Los Angeles Rams, his salary is about $1.2 million per year. Sean even brought a posh house in California with worth around $2.71 million.

Veronika Khomyn, aged 29 is in a relationship with an American football coach Sean McVay. They started dating in 2011 when Sean was an assistant coach for Washington Redskins. When Sean started serving the Los Angeles Rams, he along with his girlfriend relocated to Los Angeles.

Currently, she is living with Sean on his 600 square-foot house in Los Angeles that worth about $2.71 million. This cute couple can often be spotted hanging out at famous clubs and dance bars together. 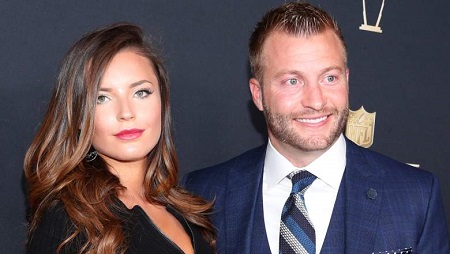 CAPTION: Veronika Khomyn with her boyfriend Sean McVay who is an American football coach SOURCE: Heavy

Veronika frequently goes to support her boyfriend's team on their match. They are currently living in Encino, California with their dogs. She loves her dogs so much, she even created a separate Instagram account of her dogs.

You May Also Like: Natalia Klitschko, Vandy Jaidenn, Felix Mallard, and Kylie Kristen