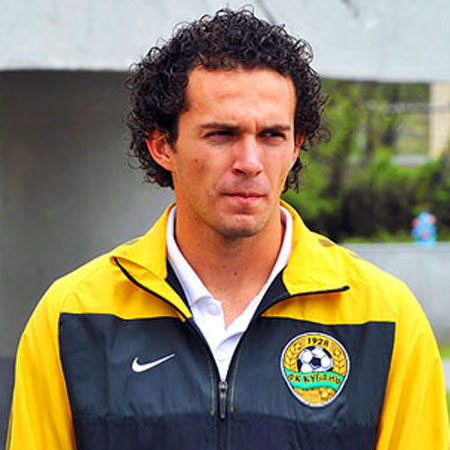 Marcos Danilo Urena Porras is the full name of a Costa Rican Professional footballer popularly known as Marco Urena. Marco Urena was born in the year 1990 March 5 at San Jose, Costa Rica. He is 24 years old now. This young player cherishes the height of 179 cm and has the body weight of 70 Kg. He is a forward/striker in the football arena. He made his debut in football in the year 2007. There is no information available on his personal life which includes his education, parents, siblings, relationship also including his salary record. But his market value is worth around 500 thousand Euros so we can predict his salary to be around this sum. There is no information about his agent as well.

Marco Urena is a young, talented and ambitious athlete. He is an emerging player in the football.  His position is a Sturm (Secondary Striker) in the game. However, being a versatile and capable one, he can play as a centre forward as well as right winger. Marco Urena has a strong right foot. He is very agile with good speed and acceleration in the game. He is struggling to make his impact in the game through improving his skills on dribbling, tackling, controlling, passing and shooting abilities. He is improving on his performance and work rate increasing the strength and stamina in the game to keep him durable and make an impact in the game. His international reputation is not so good. His attack work rate is in average and defense work rate is considered to be low.

There is no information available on his youth career or youth training which led him to be a professional. He made his professional debut in the year 2007 from the native club Alajuelense. He was 16 years old when he made his debut performance in the match against Municipal Perez Zeledon. He spent three seasons playing at this club appearing in 59 matches with 10 goal scores. He made valuable contribution to his club in becoming Invierno 2010 champion. In 2011, Marco Urena signed with the Russian Premier Side club FC Kuban Krasnodar. He made his debut from the club in the game against FC Dynamo Moscow, coming as a substitute on its 79th minute.

Marco Urena has played in 31 matches so far from the team. He is in the Current Team of FC Kuban Krasnodar as a Forward wearing jersey No.7. Marco Urena has the experience of playing in 2007 FIFA U-17 World Cup and 2009 FIFA U-20 World Cup representing his country Costa Rica teaming in the under- 17 and under 20 Costa Rica National Football Team respectively. Since 2009, Marco Urena became the part of the first team of Costa Rica National Football Team. He has played in 21 cap matches with the contribution of 7 goals.