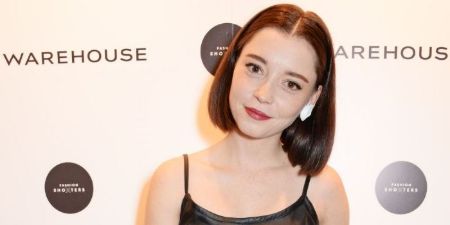 Marama Corlett is an actress as well as a dancer who is known for her portrayal in the television series Sinbad. Apart from this, she is also recognized for her work in Blood Drive, Sick Note, and Guardians of the Galaxy.

Marama Corlett was born under the birth sign Taurus on May 3, 1985, in Valletta, Malta. She is of Maltese nationality while her ethnicity is Mixed (Maltese, Sicilian and New Zealand) as her father is from New Zealand and mother from Malta.

Regarding her education, she joined Olivia Dow School of Russian Ballet and later on, enrolled at Urdang Academy in Covent Garden, London.

Marama Corlett started her career as a dancer and worked with company Ballet Russ de Malt in Malta. Later on, she moved to England to pursue her career in ballet dancing. After several years of dancing career, she also started her acting career.

She made her acting debut in 2010 with the movie, The Devil’s Double in 2010. Later on, she appeared in The Children’s Hour. Her career got limelight after she appeared in the series, Sinbad.

Later on, she appeared in the movies and TV shows including Guardians of the Galaxy, Desert Dancer, The Goob, Maleficent, and many others. Her latest apperance is in the A.D. The Bible Continues and The City and the City.

The professional dancer as well as an actress, Marama Corlett, has a net worth of $0.5 million (i.e., $500000). As per Payscale, the average salary of an actor is around $50,313, so she also might be earning her salary in the same range.

The 34 years old, Marama Corlett seems to be single at the moment. Well, she is a very secretive type of person when it comes to sharing her personal life. To this date, she has not shared a single word about her dating and other affairs publicly.

She seems to be enjoying her free time with her friend and family rather than being involved in a love relationship as we can see lots of her picture with her close ones in the social media platform.

She is yet to be married, but she has a goddaughter, Ophelia whose picture can be seen in her social media platform.