Malky Goldman is a Jerusalem-born actress and producer based in New York City who is best known for her roles in The Vigil, Unorthodox, and High Maintenance.

Goldman's current age and date of birth has not been revealed. She was born in Jerusalem city of modern-day Israel and moved to the United States to complete her education. Talking about her height and weight, she is cited to be 5 ft and 6 in (1.70 m) and weighs about 118lb (54 kg).

She earned her bachelor's degree in Fine Art from Hunter College, which is one of the constituent colleges of the City University of New York. The Jerusalem-born actress also trained at MCS Studios and Susan Batson Studio. Malky is fluent in Hebrew and Yiddish.

Is Malky Goldman married? Who is her partner?

Goldman appears to be unmarried as of now. She has not divulged any information related to her personal life. For this reason, her current relationship status remains unknown. The Vigil actress has also not been romantically linked to anyone in the past. 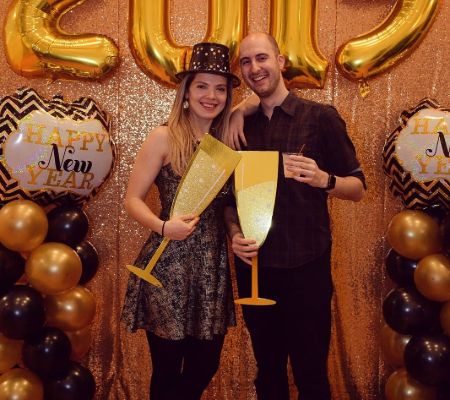 As per some online sources, Malky is in a relationship with Yoseph Horowitz. Yoseph is a fine art appraiser & consultant, according to his Instagram bio. Both first shared pictures along with each other back in 2015. However, neither has officially confirmed the relationship and they could just be a good friend.

As per some online sources, Goldman's net worth is estimated at $100,000 as of 2021. Her work falls under visual media disciplines that include film, theater, and painting. She has appeared in several features and short films and served as Art Director and Consultant on various projects.

Malky's credits also include a couple of stage productions. Most recently, she appeared in the supernatural horror film The Vigil. The movie premiered at the 2019 Toronto International Film Festival in September 2019 and was released in the United States by IFC Midnight.

The movie received positive responses from critics, with Variety's Dennis Harvey calling it an "effectively creepy, small-scale chiller that does a nice job eking suspense from its simple story and limited setting." Upon release in Ireland and the UK, it grossed $39,500 from 97 sites over its opening weekend and brought in $1.8 million in total, according to Box Office Mojo.

Related: Lynn Cohen, Magda of 'Sex and the City,' Dies at Age 86

The New York City-based actress also appeared in the stage productions playing Hedda Gabler and starred in the Yiddish production of "Rhinoceros" by the New Yiddish Rep, playing the role of Daisy. Additionally, Goldman appeared in the critically acclaimed production God of Vengeance.