Menashe Lustig is an American film actor and Yiddish writer. He is best known for his work in the 2017 Yiddish-language American drama film Menashe.

Lustig is currently 43 years old. He was born on March 16, 1978, in the nearly all-Hasidic town of New Square, north of New York City.

Aside from that, nothing much is known about his parents, siblings, education, and early life. The 43-year-old spent his formative years in New Square, New York.

Lustig has been a widower since 2008. He spent seven years in England, where his late wife came from. The 43-year-old decided to come back to New Square following the sudden demise of his wife. The two had a child, a son who is now a teenager. Lustig is an ardent disciple of Rabbi Twersky, the chief rabbi of the Hasidic movement.

By order of his rabbi, he and his young son were separated since single-parenting is not allowed in the community. The New Square native is required to remarry to gain custody of his son, who now lives with a foster family. “I can’t marry someone who is too strict. I want to be free more," he told Vulture about still being a widow.

"I believe that I am not practicing everything. I say to people all the time, they should be like me,” he added. Lustig's personal experience of having his young son taken away from him served as an inspiration for the independent filmmaker Joshua Z Weinstein who created a film titled Menashe loosely based on Lustig's trials and tribulation. It starred Menashe in the titular role earning him critical acclaim and audience love. 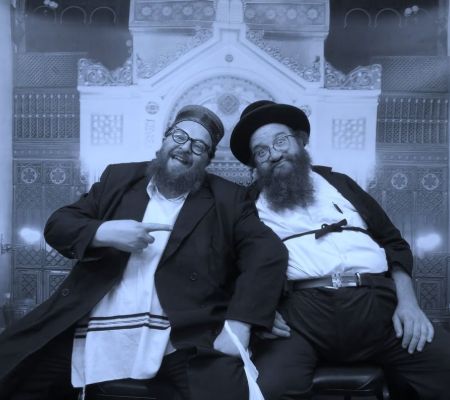 The Yiddish-language drama film premiered at the Sundance Film Festival in January 2017. It was shot over the course of two years in Borough Park, Brooklyn."When I thought about making a film in Borough Park, in Yiddish, with real Hasidic Jews, to me, it was just as interesting as any doc u mentary I ever made," Weinstein said during the film's Sundance premiere.

Joshua earned nominations for Breakthrough Director at the Gotham Awards and the Special Prix du Jury at the Deauville American Film Festival. Menashe was also nominated for an Independent Spirit Awards for Best First Feature in 2018. On box office, Menashe brought in $2 million and earned an approval rating of 96% based on 118 reviews on Rotten Tomatoes.

Where is Menashe Lustig now?

Lustig has lived his whole life in an all-Hasidic community of New York’s New Square. At the time of the release of Menashe, he worked at a grocery store. The 43-year-old spent a decade creating Yiddish-language comic skits on YouTube.

He recently published a book, 'My Proverbs,' which, as per his Twiter statement, is translated into seven languages: Yiddish, Hebrew, English, Portuguese, French, Russian, German. In 2019, Lustig co-starred as Reb Shulem in the supernatural horror film, The Vigil.