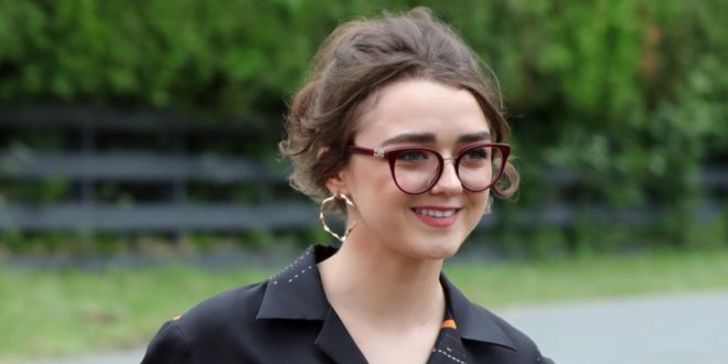 Game of Thrones fans are desperately waiting for the eighth/final season of the show. They are also waiting for hints from the makers.

In this eager moment, Maisie Williams aka Arya Stark made her guest apperance in a show called The Tonight Show Starring Jimmy Fallon where she dropped a massive spoiler of the show.

However, later on, she said it as an April Fools prank. In the show, Jimmy requested Arya to spill the hints of the final season but the actress denied saying that HBO had strictly asked them not to share anything.

I have decided to keep tight-lipped about everything. HBO has sent out a lot of memos recently about just saying nothing. There is really nothing I can say, they would absolutely kill me

While talking on the show, she shared that it was not so easy to say goodbyes at the end of the show. With that on her mind, she slipped and said, "because when I found out that Arya died in the second episode." Everyone just went silent.

Williams joked if the show was on air or it was later edited. After much build up to Arya's death on the show, she revealed that it was all a prank.

Though it's true or not, everybody is hyped up to watch the final season of Game of Thrones!