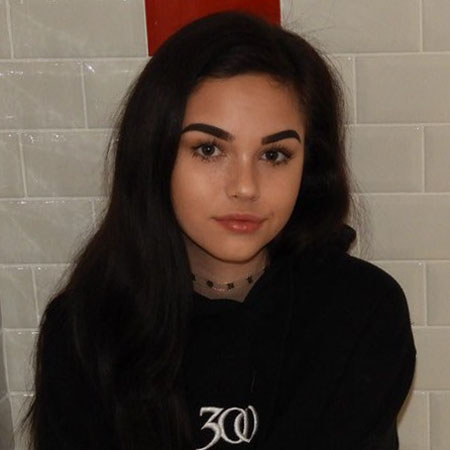 Margaret "Maggie" Elizabeth Lindemann is a very charming and adorable singer and songwriter based in Los Angeles, California. She is widely known for her single Knocking on Your Heart.

Lindemann was born on July 21, 1998, in Dallas, Texas. She is an American by nationality belonging to the white ethnicity.

Born and grew up in Dallas, Texas, Lindemann joined the church choir and started singing in the choir at the age of four.

Lindemann started posting her singing talent on the social media app called Keek. She quickly gained a huge following on both the app and her social media accounts.

Lindemann commenced her career after her manager Gerald Tennison discovered her singing talent on her Instagram account. She then moved to Los Angeles to continue pursuing a musical career.

Lindemann released her debut single, Knocking on Your Heart in September 2015. The song earned her a Top 20 spot on the iTunes Alternative Chart within 24 hours of its release.

Lindemann released her second single, Couple of Kids on October 30, 2015. The song also gained popularity and encouraged her to continue her career.

Soon after, Lindemann released her third single, Things on January 29, 2016. The song earned her another successful top 25 hits on the iTunes Alternative Chart within a day of its release. The song also broke the record ranking on the Top 50 on the Spotify Viral 50 worldwide chart and the top five on the Canada viral chart.

The official music video for her single, Things was also released on her YouTube Channel.

Lindemann, age 18, is not married yet. Her birth sign is Cancer. She currently resides in Los Angeles, California. She is a cute girl to earn ma s sive popularity and huge fame at such an early age. She is a good friend of actors such as Teala Dunn and Amanda Steele.

Talking about her relationship status, she is currently in relation with Brennen Taylor, a YouTube star. The couple started dating in 2017. They have posted several pictures together on their Instagram accounts that show their good relation.

Brennen Taylor, born on April 3, 1995, in California, is an actor and comedian widely known for his self-titled YouTube channel.

Lindemann is a girlfriend of Brennen since 2017. This beautiful couple has been in an affair for a long time.

Lindemann is earning well from her work, as she is a rising star. She has maintained a well-deserved net worth in her life. In the last year of her teenage, she has already collected a net worth of around $200 thousand.

Things Couple of Kids Knocking On Your Heart