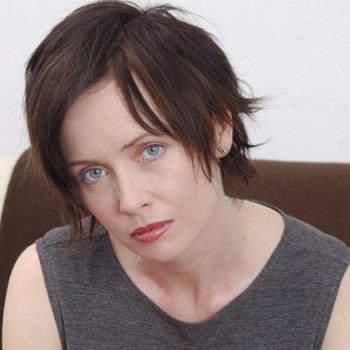 Lysette Anne Chodzko, popular as Lysette Anthony is an English film, television and theatre actress. She is best known for her portrayal of Sam in the 1992 movie, Husbands and Wives. She is also known for her appearance in the first season of the ITV comedy-drama series Auf Wiedersehen, Pet, the BBC One sitcom Three Up, Two Down, and her role as Marnie Nightingale in the Channel 4 soap opera Hollyoaks.

Lysette Anthony was born Lysette Chodzko, in the year 1963 September 26, in Fulham, London. She is born as an only child of actors Michael Anthony (born as Michael Adam Anthony Chodzko) and Bernadette Minles. They got divorced later.

Talking about the initiation of her career, Lysette made her first stage appearance at the age of 10 from Cambridge Theatre. When she was 14, she was accepted at the National Youth Theatre. Before coming to the acting world, she was a successful model.

She entered into the world of acting as an actress when she was at the age of 20 years. She is best known for her roles in the films Woody Allen’s Husbands And Wives (1992), the first series of Auf Wiedersheen Pet and the BBC sitcom Three Up, Two Down.

She has appeared in the movies including Krull, a Dutch Movie Zoeken naar Eileen in the year 1987, miniseries Jack the Ripper in 1988, Farewell to Harry, The Loch, Tale of the Mummy, Look Who’s Talking Now, The Advocate, The Lady and the Highwayman and in A ghost in Monte Carlo in the year 1990.

Talking about more of her work, she is the face of the television as well as theatre. She has appeared in several of the television series that includes Murder in Suburbia, Agatha Christie’s Poirot, BBC’s Oliver Twist, Jonathan Creek, Dombey, and Son, etc. In 2006, she made her guest lead roles in Casualty and a new sitcom pilot, Baggy Trousers.

She had appeared in Coronation Street in 13th August 2010 and as an American patient in Holby City in February 2013, which are termed as her recent appearance in the television arena. Besides, Lysette is also a favorite face in the heater.

She was the part of a sell-out run at the Trafalgar Studios in the West End in the hit comedy The New Statesman as Arabella Lucretia. Other of her notable works in Theatre are The Vagina Monologues, Jackie, Toys In the Attic, Restoration, Ghosts, The Lady’s Not for Burning and Lady Windermere’s Fan.

Lysette Anthony's Net Worth And Salary

Lysette Anthony's net worth is around $500 thousand at present. She has earned a decent amount of salary from her career.

She has worked in the movies such as Farewell to Harry, Tale of the Mummy, Misbegotten, Robinson Crusoe, Dr. Jekyll and Ms. Hyde, Dracula: Dead and Loving It, and The Advocate. She has appeared in the TV series such as Hollyoaks, We Still, Kill the Old Way, Trilogy of Terror II, The Lady and the Highwayman, Jack the Ripper, Oliver Twist, and Princess Daisy.

Talking about the personal life of Lysette, she is a married woman. She has been married thrice in her life after having two consecutive unsuccessful marriages. She had married Luc Leestemaker in the year 1991 as her first marriage which ended up in divorce in the year 1995.

After her divorce, she started dating David Price and the following year in April 1999, the couple shared their marital vows. However, the happiness in the marriage did not last for long and ended in divorce in the year 2003.

The divorce seems to be due to her extra marital affair with Simon Cowell as she married him after few months of her divorce that seems too short time duration to find a man enough to spend rest of the life. She has a child from her husband Simon and is spending happy and joyful life together.

Lysette Anthony is an established and well known talented and versatile celebrity. She can speak French and Dutch fluently. She is the owner of Barnaby Pictures. She has posed nude for Playboy magazine to make her more appealing to Hollywood casting directors.

British actress Lysette Anthony joins the long list of women accusing Harvey Weinstein of sexual harassment. And The Hollyoaks actress has alleged Weinstein of raping her in her London home in the late eighties.

Actress Anthony's claim came hours after the board behind the Oscars expelled the producer over sexual misconduct allegations.

Anthony said she had also told the Metropolitan police she was assaulted by Weinstein while the Scotland Yard had previously said it had received an allegation of sexual assault without the producer's name.

Lysette is a beautiful and attractive woman who has known the taste of being famous. She cherishes the height of five feet and 7 inches weighing 56 kg. She has the sexy hourglass shaped body measurements measuring 34-36-35 inches.

She has amazing blue eyes. Lysette is adored and appreciated by many of her fans. Even at this age, Lysette looks hot and sexy flaunting her body parts in any of the outfits she chooses to wear. She belongs to British nationality with Caucasion ethnicity.

Her fans can read her biography and look at her pictures and images in different of the internet websites including wikipedia. Her fans can follow her on Twitter @lysetteanthony and get updated with her recent activities.