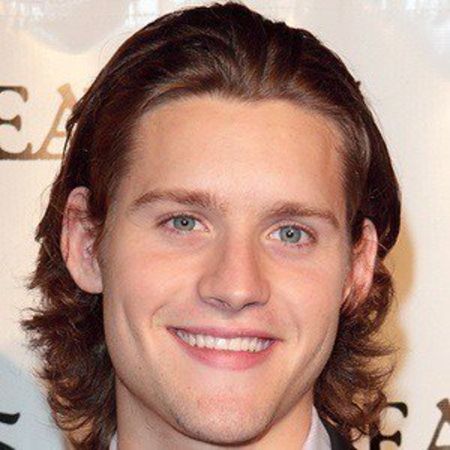 Luke Kleintank is an is an American actor best known for playing the role of Finn Abernathy on Bones, Tyler Harne in Max, and Joe Blake in The Man in the High Castle. He has been engaged to his girlfriend Christina Vignaud.

Luke Kleintank was born on May 18, 1990, in Cincinnati, Ohio, the United States of America, to American descent parents.

He was only two years old when he moved to Guadalajara, Mexico with his family. He resided there for three years and learned speaking English and Spanish.

He later moved to Stevensville, Maryland where he spent twelve years. He was raised along with his three brothers and two sisters.

Mom Wanted Him to be an Actor

Luke Kleintank's mother always wanted him to become an actor and thus, at the age of only 5, he entered the Hollywood industry.

His mother urged him to give audition for a role in the Carnival production. During an interview, Kleintank said, "She threw me into my first play, Carnival. Made a part for me," adding, "That's when I knew I wanted to act."

He then started performing in plays and community theater. While in high school, he performed in numerous stage productions.

Luke Kleintank moved to New York City to pursue his acting career. He made his television debut with the role of Greg in an episode of Law & Order: Special Victims Unit in 2009.

Later in September 2010, he moved to Los Angeles and did his first daytime role as Noah Newman on The Young and the Restless. He the show after r months and played the role of Chris on the ABC television series, No Ordinary Family.

Later in 2011, he played the role of Finn Abernathy in the Fox television series, Bones, and from 2013 to 2014, he appeared as Travis in the ABC Family teen drama series, Pretty Little Liars

His other film and television appearances include Max, The Man in the High Castle, Crown Vic, The Goldfinch, Midway.

Total Net Worth of $15 Million

Luke Kleintank is one of the most renowned actors in the Hollywood industry. He earns a substantial amount of money from his roles in films and television series.

Online sources have reported that Kleintank has a whooping net worth of $15 million. As for his salary, according to online records, he gets paid $18,000 to $25,000 per episode of a series.

Moving towards the personal life of Luke Kleintank, the 29-year-old actor is not single but is enjoying a romantic relationship with his girlfriend-fiancee Christina Vignaud. Christina is the daughter of diplomat Juan Carlos Vignaud.

He and Christina became engaged in December 2018 after he popped the question to her in a romantic way and she said "YES."

He was previously surrounded by dating rumors with his The Man in the High Castle co-star Alexa Davalos but none of them ever spoke anything about their relationship. 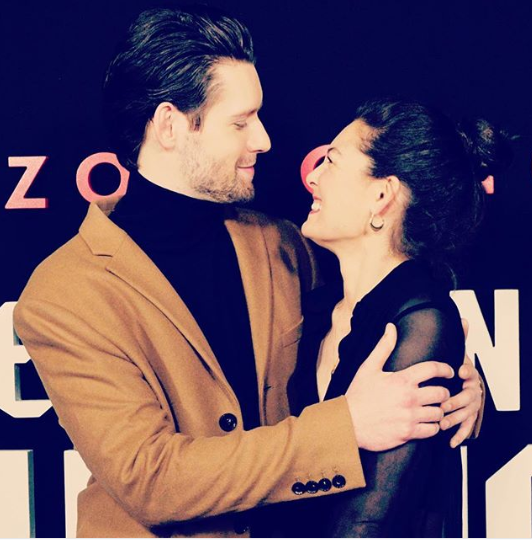