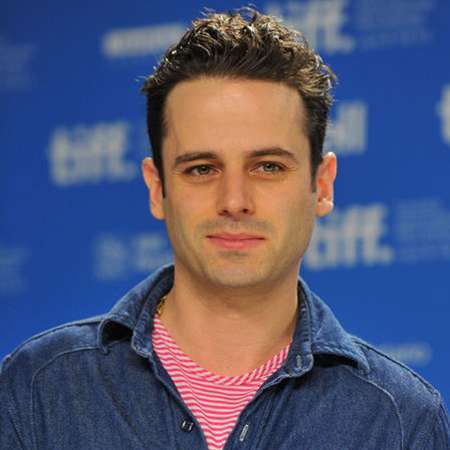 Luke Kirby is a Canadian actor who kick-started his acting journey following his role in a 2001 drama Lost and Delirious and later has played numerous iconic roles in both movies and TV series. He played his first feature role in Halloween: Resurrection followed by Mambo Italiano, Shattered Glass, All Hat, and others. In 2017, the actress was cast in the box office hit movie A Dog's Purpose which also earned her strong reviews. Some of her successful works include Empire of Dirt, Mania Days, Rectify, Bull, and The Good Fight.

Luke Kirby was born on June 21, 1978, in Hamilton, Ontario. Kirby’s parents moved from New York City, New York, to Canada in 1974 where Kirby was born and spent most of her childhood.

Kirby went on to attend Chatham South School and then studied drama at the National Theatre School of Canada, which focuses mostly on classical work. He then graduated in May 2000. Kirby was very interested in acting from his early days thus he went on to pursue his acting career.

Luke Kirby began receiving roles as a teen after he was accepted at The National Theatre School of Canada. Kirby only gave two auditions and then began working on two separate projects, the CBS/Alliance mini-series titled Haven and Lost and Delirious, in both which he was given a major role.

Kirby has played roles in movies like Mambo Italiano, Shattered Glass, The Greatest Game Ever Played, All Hat, The Stone Angel, Take This Waltz, Labour Pains, Fury, Empire of Dirt, and very recently, Mania Days.  Kirby has also been seen as character Jack Crew in seven episodes of Sling and Arrows, eight episodes of Tell Me You Love Me as character Hugo and thirteen episodes of Crash and Burn as Jimmy Burn.

Kirby has also acted in an episode of TV series such as Sex Traffic, The Eleventh Hour; It’s Me…Gerald, Flash Point, Law & Order, Law & Order: Criminal Intent, Elementary, Rectify, Blue Bloods. More recently he has been seen in the miniseries Show Me A Hero as Edwin E. McAmis.

The actor has been nominated for many prestigious awards like Canadian Comedy Award for Pretty Funny Performance and Gemini Award for Best Performance by an Actor in a Featured Supporting Role in a Dramatic Program or Mini-Series. Luke is currently represented by Kishwar Iqbal of Gary Goddard Agency based in Canada and Gene Parseghian at Parseghian Planco and The Gersh Agency based in NYC.

Luke Kirby has collected a decent amount of fortune from his acting career, the exact amount of his net worth, however, is still under review. As per some sources, he has a net worth of around $2 million, in 2019.

In the year 2017, the actor played a minor role in the comedy-drama movie A Dog's Purpose which was turned out to be commercially successful grossing over $204 million worldwide against its production cost of $22 million. In the movie, he shared the screen alongside Britt Robertson, KJ Apa, John Ortiz, Dennis Quaid, and Josh Gad.

Luke Kirby is not married yet. He was in a relationship with actress Alison Elliot in 2012. Elliot is 8 years older than Kirby. The couple, however, broke up after a few months of dating. Luke then began dating fashion designer Andrea Sarrubi. The couple dated for a long time and then break up.

Luke is currently said to be having an affair with co-star Katie Holmes. The couple had been working together on Mania Days. Luke has not confirmed nor denied the rumor. Katie and Luke were seen having dinner in Big Apple and they are often seen holding hands in public. The two have never confirmed the rumors.