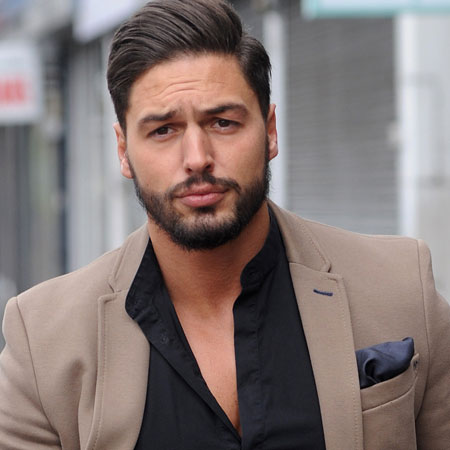 Mario Falcone was born on 21st February 1988 in Essex, United Kingdom where he spent most of his childhood days with his two siblings Giovanna Falcone and Giorgina Falcone. His sister, Giovanna is married to the McFly well known singer-songwriter and guitarist Tom Fletcher. His parents are Mario Falcone and Kim Falcone both of whom are known for appearing in The Only Way is Essex.He is of British nationality.

Mario completed his education and was desperate to enter the Hollywood arena and thus he began appearing in the ITV2 semi-reality programme, The only Way is Essex in 2011. He appeared as himself . He is till date seen in the show and has garnered a lot of fans. Then in 2012, Falcone made a guest appearance in the first episode of Loose Women. In 2013, Mario appeared in the 12th series of the famous reality show, Celebrity Big brother. In the same year and in 2014, Mario appeared as a houseguest in the 12th series of Celebrity Big Brother’s Bit on the Side and in its 13th series, he appeared as a guest. Falcone went on to finish fifth and left the house along with fellow housemate Vicky Entwistle. He had created a little chaos while in Celebrity Big Boss but put up a good fight against other housemates. He is also noted to have launched his own online dating website - matingwithmario.com in August of 2013.

Since the running of The Only Way is Essex in 2011 along with Falcone, he has become known mostly for his on/off relationship with fellow cast member Lucy Mecklenburgh. The couple had seen many ups and downs. The season shows a lot of fights among them but then in June 2012, Lucy and Falcone got engaged on screen during a The Only Way Is Marbs special. However not long had gone and the couple  called off their engagement during the seventh series of the show . This happened because there arose numerous rumors about Falcone cheating . Infedility was not the only cause of their break up but Mecklenburgh deciding that she was too young to get married. They had a turbulent relationship throughout the show but it finally ended off screen in February 2013. Later, during the ninth series of the show, Mecklenburgh finally confronted Falcone. The show then dramatically saw Lucy throwing a gla s s of red wine in Mario’s face after finding out that he had cheated on her twice. Mario is currently single and not married.

Mario is currently 27 years old and stands tall at the height of 1.88 m. His net worth is estimated to be 5.2 million pounds. Mario is known to have a turbulent past in The Only Way is Essex. He had a violent on and off relationship with cast member Lucy Mecklenburgh. There were a lot of rumors and controversies about him using drugs. And finally in 22 August 2013, He was suspended from The Only Way is Essex for snorting cocaine. Following a nasty split with Lucy Mecklenburg, Falcone was revealed to have attempted suicide by taking an overdose of dreadfully strong painkillers in June 2013. This became an instant headlight and the audience of The Only way is Essex were shocked at the news.