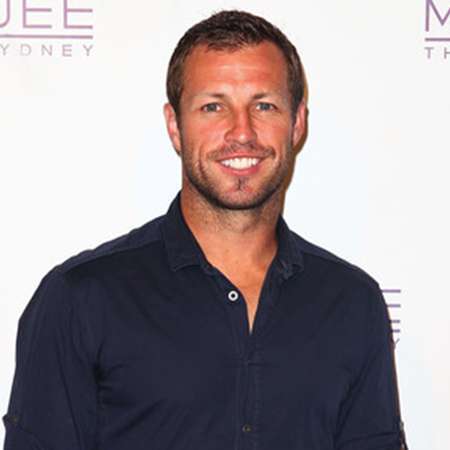 Lucas Edward Neill is a professional football player, Australian by Nation he plays for Watford. He plays as a Defender, at times playing as a centre back too and also as a full back for Doncaster Rovers on loan from Watford. He is also a part of Australian National Team. Lucas was born on 9 March 1978 in Sydney, Australia. He has till date played for clubs like Millwall, West Ham United, Everton, Blackburn Rovers, Galatasary, Al Wasl and Sydney.  Neil was brought up in the Northern Beaches of Sydney and studied at Wakehurst public School and St Augustine’s College in Belrose and Brookvale respectively. Afterwards he attended the Australian Institute of Sport in 1994-95. Current Team

Lucas started his club career with Millwall. He joined Millwall in November 1995 through a free transfer. He served for six years making 174 appearances and thirteen goals. Shortly after September 2001 Neil was signed by Blackburn Rovers for an initial fee of $ 600,000. He played his first game against Sunderland in September 2001. He made his first goal for Blackburn against Bolton Wanderers. He became quite of a cult hero for Blackburn Rogers’s fan with his combative style of play. Neil was in Blackburn from 2001 to 2007. When he announced on 4 August 2006 that he would not sign a new 4 year long contract for Blackburn Rovers, Clubs like Liverpool and Chelsea showed a great deal of interest in signing him. As Neil left Blackburn against the fans’ interest he is very much disliked by the fans, so much that he was booed and barracked when he made a comeback to Ewood park in March 2007. After he moved to West Ham United in January 2007 there were rumors of him turning down Liverpool’s offer over West Ham for money reasons which he later cleared to be not true. He remained as a captain to the team till 2008-09 seasons rejecting a contract extension with West Ham. Then he teamed with Everton on 17 September 2009. Then he played with teams like Galatasaray, Al Jazira, Al Wasl, Sydney FC, Omiya Ardija, Watford and is currently playing with Doncaster Rovers on loan. His contract has been extended up to the 2013-14 season. Neil also plays for Australian national football team.  He played his first match for Australia against Saudi Arabia in October 1996. He was 18 years and 7 months him the then making him the third youngest player.

Lucas is married and his spouse is Lindsay Morris. The couple has  two children, Paige Neill and Toby Neill. He has been in many controversies. During 2003-04 seasons in premier league he broke Liverpool’s Defender Jamie Carragher’s leg in a tackle at Ewood Park. It created quite a scene when no apologizes came from Neil and his manager’s side.  In the book entitled “The World Game: The Story of How Football Went Global” published in 2011, Les Murray alleged Neil of instigating a mutiny just before the Germany vs. Australia game in 2010 FIFA World Cup. Later Les Murray apologized and agreed to delete the portion from the book in further edition. He is a well built player with a height of 185 cm and weight of 76 kg. Neil has an annual salary of 1.5 million USD. His market value is worth 5000,000 Euros.