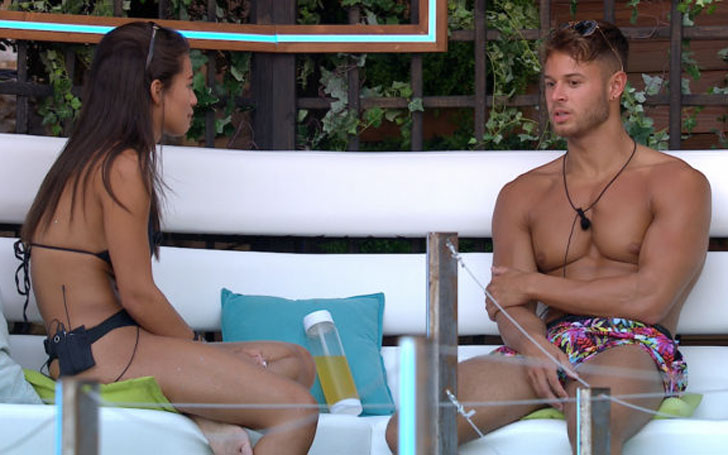 The show full of drama and betrayal that had millions of us glued to our TV screen has finally come to an end. ITV's hit dating show, Love Island, bid goodbye to all fans on Monday after announcing Kem Cetinay and Amber Davies as the winner whereas Camilla Thurlow and Jamie Jewitt became the runner up couple.

While Kem Cetinay and Amber Davies were enjoying their victory, Montana Brown and Alex Beattie couldn't make their way to the finale.

Montana Brown and Alex Beattie were dumped from the Villa just one day before the finale. On the last Friday's episode, a dramatic situation created since fellow Islander betrayed Montana and Alex leading them to get dumped from the show.

The Host, Caroline Flack, announced that Montana and Alex were dumped since they got fewer public votes in comparison to the next couple. Though they have been dumped, there is good news for the fans of the couple, Montana and Alex might appear near your nightclub pretty soon.

Also read: Love Island Runner Up Camilla Thurlow Admits She Is Happy Her Affair With Prince Harry Did Not Work

On the Friday's episode, the host first revealed that Chris & Olivia and Kem & Amber were safe and in the finale which meant Alex & Montana, Jamie & Camilla, and Marcel & Gabby were in the dumping zone. The situation got more dramatic as the last five couple had to vote out their least favorite couple. The close friendship built over few weeks was turned into a show of betrayal since each Islander tried to do everything to win the show.

Ultimately, Montana and Alex were dumped from the Villa since they were the couple to get most vote outs. Montana broke into tears before saying goodbye. However, after being dumped, Montana said to Metro she doesn't regret anything. She said:

“I don’t regret anything I said on the show, it’s a very intense environment,”

Earlier in the villa, Montana failed to build a connection with her partner, however,  things changed after Alex Beattie entered the Villa. A romantic relationship seemed underway for the couple after a date and spending a night together in the Hideaway.

After being dumped from the show, Montana Brown was asked why she hasn’t said the big ‘L’ word to her partner on the show as Alex already said “I love you” to her.

Alex was then asked if he is hurt as Montana doesn't love her back.  But he said:

"Nah, because her feelings towards me are genuine."