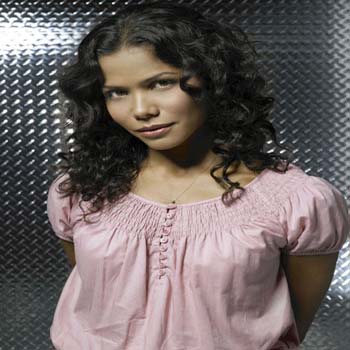 Lourdes Benedicto, an American actress, is famous for appearing in the several movies and television series including 24, NCIS, and Silver Bells. She currently appears in the TV series Pure Genious alongside Dermot Mulroney, Augustus Prew, and Randy Perry.

Lourdes Benedicto was born on November 12, 1974, in Brooklyn, New York, USA. She is an American citizen but of Spanish family.

She is of Filipino and Dominican/Spanish descent. She's an only girl in her family. As a child, she played tennis and piano.

She graduated from Carnegie Mellon University in Pittsburgh, Pennsylvania in 1996 with a degree in theatre. The only girl in the family, she decided to pursue a career in acting and has appeared in numerous stage production.

Lourdes Benedicto began her career in the 1990s, when she landed a role on the TV production titled Gryphon. She later joined the cast of the series NYPD Blue, and became widely known to audiences as the character Gina Colon. She immediately jumped into working on films, when she was cast in the biographical drama Permanent Midnight.

She portrayed the character Vola alongside actors like Ben Stiller, Maria Bello, Elizabeth Hurley and Owen Wilson. Benedicto later found herself acting in the romantic comedy Drive Me Crazy, starring Melissa Joan Hart and Adrian Grenier. In 1999, she made an appearance on Law & Order: Special Victims Unit. The next year, she was seen on Resurrection Blvd., and played the role of Samantha Sanchez in 13 episodes of Titans.

She later got a recurring role on the series ER, and gained even more fame for appearing on Dawson’s Creek. In 2002, she starred in the TV movie The Locket, before working on the drama Two Days. She next got the part of Carrie Turner on the series 24, where she earned the off-screen nickname “Cop Car Carrie” because of a car collision with a police vehicle.

Benedicto next appeared on the musical comedy The Fighting Temptations, and was soon seen on the series The Lyon’s Den and The Dead Zone. From 2006 to 2007, she rose to fame, playing the new teller at Fidelity Republic Bank, Eva, on the ABC series The Nine. She is also credited for her performances in Silver Bells and Unbeatable Harold, as well as for her choice to join the cast of the series Cashmere Mafia in 2008.

In 2009, Benedicto was cast in ABC's V, a re-imagining of the 1983 miniseries created by Kenneth Johnson. On the series, she plays Valerie Stevens, Ryan's fiancée who is unaware of his alien nature. Driving in before her first day as Carrie Turner on the set of 24 (2001), she collided with a police car and was dubbed "Cop Car Carrie" for the remainder of the show's second season.

Benedicto is a married woman. She married Matthew Curley in 2009. The couple has been happily married ever, since. Even the couple has not children together since both are busy on their professional life.

According to recent data, her net worth is around $2 Million. She measures174 cm tall and weighs 58 kg. Currently, she is 39 years of age. In 2002, she was nominated for Outstanding Supporting Actress in a Television Series.