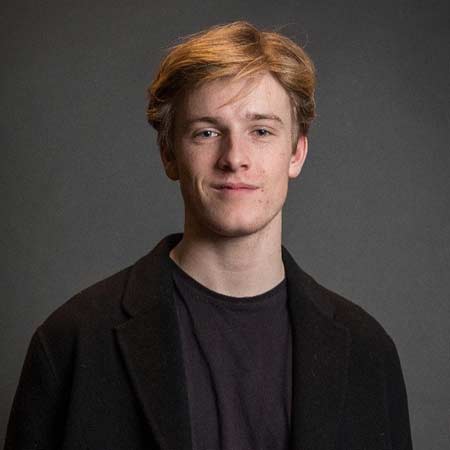 Louis Hofmann is a popular German actor who rose to stardom after starring in the 2011 German film, Tom Sawyer. He gained international fame for his role Jonas Kahwald; a high school student dealing with his father's suicide in Netflix's series Dark. In 2015, he won the Boldi Award for his role as a teenage German POW in the 2015 Danish film, Land of Mine.

Who Is Louis Hofmann?

Louis Hofman was born on June 3, 1997, in Bergisch Gladbach, North Rhine-Westphalia, Germany, under the birth sign Gemini. He was raised in Cologne along with his elder brother.

Hofmann holds German nationality and belongs to the Caucasian ethnicity/race.

Louis Hofmann started his career with the radio show, Die Ausflieger in 2006, and became the part of the show until 2009. He first faced the camera in WDR Fernsehen's evening magazine program, Servicezeit and after two and a half years of a s sociation with the show, he decided to become an actor.

In 2009, Hofmann appeared in guest role in legal comedy-drama, Danni Lowinski and television series, Der verlorene Vater. He also featured in the TV movie, Tod in Istanbul, Wilsberg, and Alarm for Cobra 11 in a minor role but he failed to grabbed the success.

Hofman got his major role in the 2011 novel adopted German movie, Tom Swayer. His role was highly appreciated by critics and audiences which helped him to gain public attention. The following year, he featured in the sequel of Tom Sawyer, The Adventures of Huck Finn.

In 2015, Hofmann starred in the  Marc Brummund directorial venture, Sanctuary which earned him Bavarian Film Prize and German Actors Award as Best Newcomer Actor. He made his international film debut in Danish-German co-production, Land of Mine where he played the role of teenage German POW. His role earned him Best Supporting Actor at Denmark's Bodil Awards and Jaeger-LeCoultre at German Film Awards in 2016.

In 2016, the actor portrayed the role of Phil in a coming-of-age romantic drama film, Center of My world. He received the European Shooting Stars Award at Berlinale 2017. He is best known for his role, Jonas Kahnwald in supernatural Netflix thriller, Dark. After the ma s sive success of the series, it was officially renewed by Netflix for season 2 on December 2017. The actor is still appearing in the series along with Andreas Pietschmann, Dietrich Hollinderaumer, Maja Schone, and more. The role in a show also earned him a Junior Actor Prize.

In 2019, Louis played the role in a TV series Deutschstunde.

Louis Hofmann's Net Worth And Salary

Louis Hofmann is one of the rising film stars; he has been active in the industry since 2006. The average salary of Netflix actors is $52k per episode, but Hofman is the lead star of Netflix series, Dark. So, he might earn more.  As per some online sources, Hofmann earned $150k-$300k per movie.

In 2018, Hofmann featured in the spy thriller movie Red Sparrow which was turned out to be box office hit grossing over $151 million worldwide, becoming a modest box-office success. In the movie, the actor played the role along with Jennifer Lawrence, Joel Edgerton, and Matthias Schoenaerts.

Hofmann's net worth as per estimation made by various online sources it is around $0.5 million.

Louis Hofmann is quite secretive when it comes to his relationship and affair; he prefers to keep his private life as confidential as possible. With only limited information available we can a s sume that he is single at the moment.

Hofmann loves playing piano and often shares his piano pictures on his Instagram where he has 459k+followers. He has a Yorkshire Terrier dog with whom he prefers to spend his leisure time. He also has a cat.

Louis Hofmann and Lisa Vicari talking about their roles in the series Dark.