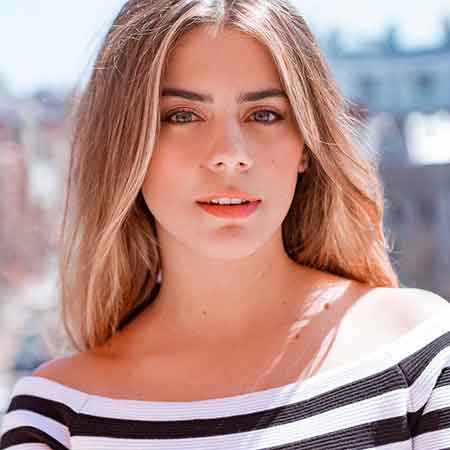 Chilean actress and model, Lorenza Francesca Izzo Parsons is better known by her stage name, Lorenza Izzo. She is known for her role of  Kylie in the horror film Aftershock. Her other screen credit like The Green Inferno, Knock, Knock, Feed the Beast, Holidays were thoroughly popular among audiences. She married American actor and director, Eli Roth in 2014. The couple, however, filed for divorce in July 2018.

Lorenza Izzo was born on September 19, 1989, in Santiago, Chile to Chilean model Rosita Parsons. She was raised along with her younger sister,  Clara Lyons Parsons, who is a model as well. At the age of 12, she moved to Atlanta with her father, then she returned to Chile at the age of 16 and finished her high school.

Izzo attended Lee Strasberg Studio in New York. She received her Ph.D. from  Georgia Institute of Technology. She was bullied in school because of her strong Chilean accent but stated she soon got over her accent after watching the 2002 sports film Blue Crush several times.

Izzo moved to New York City to study acting at the Lee Strasberg Theatre and Film Institute. In 2007, she was modeling and studying journalism at the University of Los Andes.

Lorenza Izzo started her career as a model, she was just 15 when she first walked her runway for the top Chilean designer Ruben Campos. She debuted in acting in 2010 in an independent film, Instrucciones para mi funeral as a graduation project.

By 2011, her modeling career reached its peak, as a result, Izzo and her mother were invited to São Paulo Fashion week where they got a chance to meet the Brazilian model and actress, Gisele Bündchen. Later, she became the new face of Colcci, a Brazilian fashion company. The same year, she got her major role in Que Pena Tu Boda which became the highest grossing Chilean film in 2011.

In 2012, Izzo appeared in two films, Que Pena tu Familia and Chilean-American film, Aftershock. Her first American film was  The Green Inferno (2013) directed by her then future husband, Eli Roth. At first, Izzo was cast for a small role but after she revealed she could speak English fluently, she got the main role.

Some of her other television series credits Hemlock Grove,  Knock Knock, Holidays, Feed the Beast, Hemlock Grove, Casual and others. As of now, Izzo is busy with her upcoming ventures Where We Go from Here (released on end of 2018) and Once Upon a Time in Hollywood and Perceptive Matter which will be released in 2019.

Lorenza Izzo is one of the richest Chilean actresses, she started her acting career in 2011 and in the short span of her career she has garnered massive popularity. As per some online sources, her estimated net worth is $15 million.

Izzo has appeared in a number of a box office hit movies and some of them are enlisted below,

Lorenza Izzo married  American actor and director Eli Roth on November 8, 2014, on the beach of Zapallar, Chile. The duo first met on 2013 through a mutual friend while directing Nicolás López during the production of The Green Inferno. At first, Roth was unaware, Izzo could speak English but after getting the truth, he cast her in a lead role.

The couple started spending most of the time together in the shooting and eventually, fell in love. She often mentioned the start of her relationship as  "the randomness of the world". The couple has no children.

In July 2018, the duo filed for divorce after four years of marriage. The pair released a statement about their divorce on Instagram,

Check out the full interview of Lorenza Izzo,